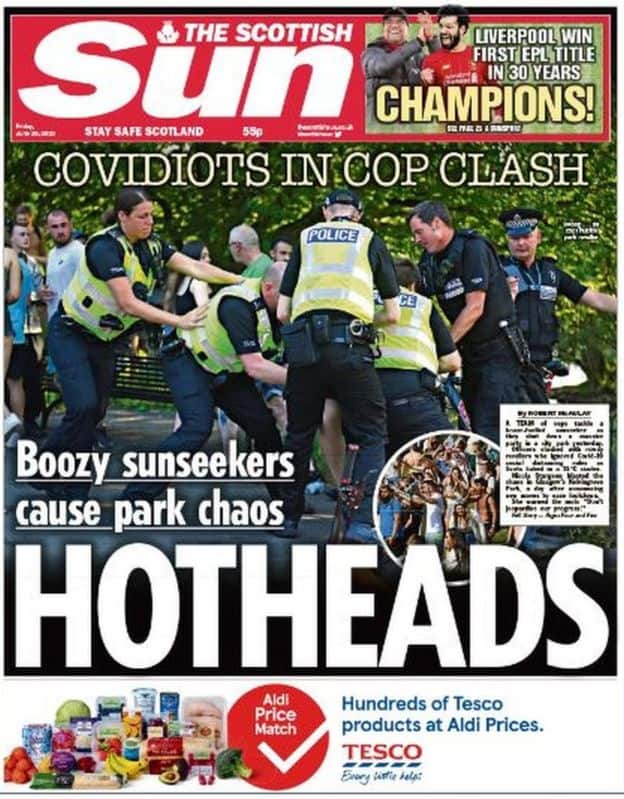 What is a Covidiot?

An Epidemiologist and a Virologist are sitting at their broken computers one day.

Virologist, “No, it was the graphics card overloading. I know because we ran the graphics intensive software right before they both crashed.”

IT guy comes along and ignores their commentary as he fixes their computer, preferring to distract them with a joke he heard online, to lighten the mood.

IT guy when Covid-19 makes him redundant, out of money and out of food, “I think a virus that kills less than 1% of the world population shouldn’t be bringing down entire economies.”

Virologist and Epidemiologist together. “Stop commenting about things you know nothing about and that have nothing to do with you.”

World War Three started a few years ago, though the exact date will be a debate for historians in years to come.

Covid-19 was likely a bomb, but who threw it, why and when, is also a case for historians to determine. Was it China? The US? Russia? North Korea? Who knows. Can’t ask politicians, as doubt we’d get the truth from any of them.

Is Covid-19 even real? Of course it is real, but the question we’re more interested to know is whether or not it’s deadly or even long-term harmful. Yes, at the time of writing this blog, a million people’s deaths have been officially attributed to Covid-19. There are those that claim the deaths are overblown, while many more claim they’re understated. If you’re asking me to believe official Government figures, who are telling me the figures are x amount, then I’ll tell you they’re understated. The Government want you to think the pandemic is under control, so the number of deaths they’ll give you are much lower than the truth.

Which makes the 1 million official death toll seem much lower than the actual death toll.

It’s not under control. Not by a long shot. And it’s running riot in the world and destroying our lives. There are those who are in a bubble, that have been inconvenienced a little, but then there’s those of us who’ve been fucked over by the tidal wave that is Coronavirus hysteria. The subsequent mismanagement has been so severe, that our mental health issues have morphed to anger. Most of us are now silently seething, waiting for an epidemiologist or virologist to tell us to shut the fuck up.

A Covidiot is someone who thinks he has the answers and doesn’t ask the right questions and blindly follows some twat who claims that reptilian aliens are controlling our world leaders.