A Boy Called Q and The Life of Q

For those of you who have already read A Boy Called Q, please see this post.

Q has fantasised about having sex with another man for a long time. Up until he meets Michael, he has only ever watched it on various websites. When he finally goes through with the experience, he’s amazed at how sensational the sex is and how much of himself he gives to it.

Then it is over, and the negative feelings kick in. Q is overcome with guilt, shame, disgust and fear. His world is turned upside down as he convinces himself that his family will never understand and that he has little option on how to deal with it.

What happens next is heart-breaking. Will Q be able to overcome his feelings and come to terms with what he’s done? Or will he take the easy way out?

A Boy Called Q is a short story by Fox Emerson that is available now here.

Author’s update. Due to the overwhelming responses and praise I’ve had for A Boy Called Q, I chose to write a new book that runs paralell with this one. You can find The Life of Q here. I really hope that it even comes close to fulfilling expectations as much as A Boy Called Q did. 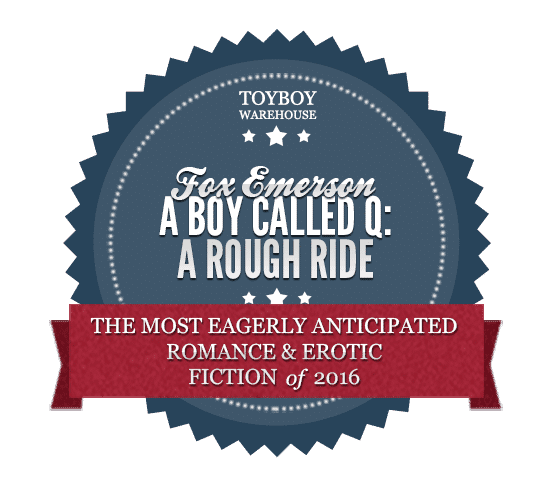 “Q is a story that came to me while I was in the middle of writing Toby. As any other author will tell you, when a character disrupts your life and won’t leave you alone until you put them down in writing, you don’t have much choice but to listen. This was very much the case with A Boy Called Q.

This story is loosely based on someone from my own childhood. When I wrote about Q, that’s who I pictured.

When I went to Reddit and asked for volunteers to beta read A Boy Called Q, I was overwhelmed with the responses. I allowed a couple of dozen people to read this short story and to provide feedback on it. I was blown away by the responses that I received. Every beta reader told me that they were emotionally impacted by the story. Many of them told me that they were surprised how quickly they fell in love with Q. Each of them gave me feedback that became invaluable to make this story perfect. All of them told me that they loved this story very much and that they felt it was powerful and unforgettable. To hear people say that about your work, is touching. The reviews I received on Goodreads immediately after, left me speechless.