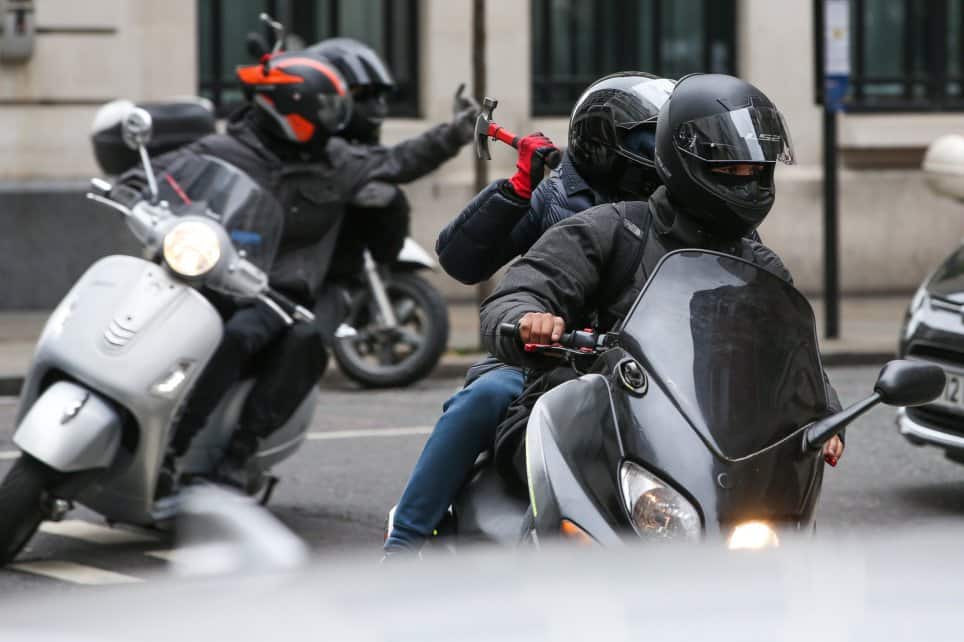 What to do if your phone is stolen

I wish I’d read useful ‘what to do if your phone is stolen’ advice over two weeks ago. I’d left my friend after a great dinner in Kings Cross – London, in which I’d had two pints of beer and I walked across the road. As I walked along the sidewalk and text my partner to let them know I’d be home soon, my phone was snatched out of my hand by a guy on the back seat of a scooter. I was paralyzed for about 2 seconds, the two beers only numbed my mind by a micro-second, still, it was enough. I began to run after the two guys on the moped, only later noting that a large ‘L’ plate covered what could have been a useful number plate. Even as these guys made a turn into a laneway, I sped up and for a moment thought I had hope. Then they sped up down the laneway and in seconds, I saw them disappear down at the end. Taking my phone with all of it’s valuable data with them and leaving me in the middle of London with absolutely no fucking way of getting home, given that I’d recently put my ‘Contactless’ banking app on my phone, so I could use it to tap on buses, buy beers at the pub and make other purchases for under £30. Needless to say, my wallet was at home and my phone was my usual navigator on which bus took you home.

I stood in the middle of Kings Cross, cursing them and myself, for having been so careless. I’d been warned so many times and knew so many people that it had happened to, but still, I allowed it to happen to me. I couldn’t text anyone because there are no phone boxes anymore and I couldn’t get on a bus because I had no Oyster card or card to tap on.

I was royally fucked and the biggest fear I had was that while I was running around like a headless chicken in the centre of London, someone was going through my phone and doing all my internet banking.

The things you’re worried about

Like me, the first thing you’ll worry about is that someone is going through your phone and they’re taking important data from you.

No. The very moment they’ve turned a corner after taking your phone, your SIMM card will be ejected and thrown as it’s no longer useful. With the SIMM taken out and no data on the phone, it will get turned off and tucked into the large pizza box on the back of the moped, along with several hundred other phones to be dealt with later.

Your biggest fear is that someone has access to your phone. If you’re smart, it would have a lock on it the minute it was taken from you and they pocketed it so they couldn’t access it anyway. But let me assure you, they do not want your data, your Gmail login/Apple login, your banking access, passwords, tap-on facility or any other data that could impersonate you. They just want your phone because that in itself is valuable.

What happens to your mobile phone?

A couple of hours later, while you’ve finally found your way home and got online via laptop or PC and changed all your passwords unnecessarily and struggled to think about what else you need to change, your phone has already changed identity. Honestly, that panic you’re going through right now is pointless and unnecessary. What’s done is done, you’ve lost your phone and there is absolutely nothing you can do about it.

You see, this is a business and a very lucrative one. Your smartphone is worth hundreds and with a simple reset, and an app that allows a mobile phone reseller to wipe and change the IMEI number, it will have a new identity very quickly. With a new SIMM inserted, nobody will ever be able to identify it as formerly yours and wil be sold the very next day for half the price of a brand new one.

Around 50,000 mobile phones are stolen in the United Kingdom every month and most of them are by guys (or maybe girls) on mopeds wearing ski-masks.

I found a website recently that sold excellent condition mobile phones for half the price of a new phone. After a little bit of investigation, I discovered that these websites are very common and becoming very popular. I bought my phone back for half the price I originally bought it for. I’m sure it’s not my actual, original phone, but I’m fairly certain these companies pay the moped guys for their loot. How else are they getting these phones?

The circle of mobile phone life

Our phones are stolen, then moped thieves snatch them off our hands as we walk along texting our friends, then they take them to mobile phone shops – either real or online – and sell them. The phones are wiped and data reset. If there’s any issues with the phone – bad battery, smashed screen, scratched back cover – it is replaced, then the phone is reset with a new IMEI and sold to anywhere you’ll see incredibly new looking mobile phones being sold.

Don’t believe me? Go on Gumtree or Quokka, or any popular second hand forum and look for smartphones. You’ll be surprised by how many ‘new’ phones are being sold. The main excuse is ‘insurance replacement’ or something similar, which simply means the phone was stolen and given a new identity.

Be careful. I also discovered something interesting. If you are an unfortunate victim and choose to re-buy your mobile phone from one of these places for half the price, make sure it’s from a reputable online company. DO check their credentials. Another big thing that is happening is that the IMEI isn’t being wiped by some less professional organisations, but the SIMM is being changed. What happens is the original network locks the phone remotely when it comes back online. You might buy a phone from someone online only to discover it gets locked a few hours later and there’s absolutely nothing you can do about it given that phone was stolen and you are now in possession of stolen goods.

I hope this helps with what to do if your phone is stolen, I wish I had known this before I spent hours resetting all my passwords and cancelling my bankcard that was tied to my phone.

What to do if your phone is stolen

Don’t panic. As I’ve explained, they don’t want your data, your logins or your identity – even though identity theft is equally as big a deal as smartphone theft. They just want the hardware.

The best thing to do is to report it immediately (online) with the police station so you can get a police report. You can try tracking the phone, but you’ll probably find it’s gone offline pretty much right away, so that turns out to be pointless. With the police report number, if your phone is insured, it will be covered, as long as you’ve reported it stolen. Even if it isn’t insured, still report it. There’s a small chance that those fucking ass-wipes hopefully had an accident and the phones were recovered and returned to the manufacturers, who in turn track your network provider, who then contact you (by email or snail mail – given you don’t have a mobile phone).

If you happen to be walking along one day and see a scooter/moped on the sidewalk with guys wearing helmets and ski-masks and something covering up their registration plate, and you happen to have a baseball bat handy, please, do all of us victims a favour and show us your baseball skills on the driver (or passenger).

You might just prevent the theft of 300-400 phones for that night alone.

There’s another item for the ‘what to do if your phone is stolen’ list and that is to reassign your mobile number. Most mobile phone networks allow you to manage your mobile number online via your SIMM details. If you order another SIMM – you can usually get them in most supermarkets – you should be able to transfer your mobile number from the stolen phone to any temporary phone you might have. I was lucky in that I had my old Android with cracked screen which I was able to use while I went about looking for a solution to replace my phone. I was happy that I was able to transfer my number immediately to another SIMM so that from the next day I was contactable on my usual number.

Hopefully you won’t need to know what to do if your phone is stolen because any time you’re walking along and you hear a moped/scooter on a footpath, your ears will prick up and you’ll guard your phone with your life.