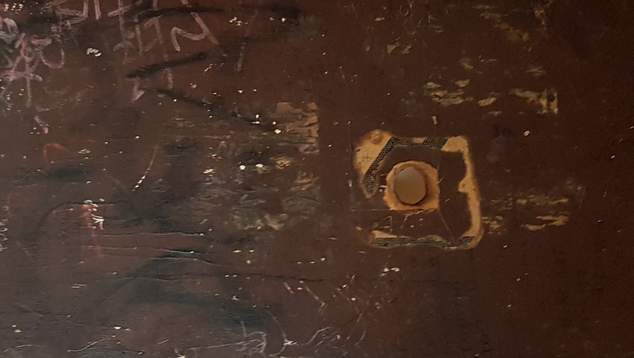 “Just because we don’t like our history, doesn’t mean we can erase it.”

I have a confession to make, I almost cheated on you. While you weren’t looking, I wrote a book about glory holes and called it, The Hole in the Door and I nearly went and published it under another name. I’m sorry, but I can explain. It’s me, it’s not you.

Firstly, why did I write a book about glory holes? Well, it’s a bit of a story… back in December 2018, I saw an article being forwarded on social media about a door with a glory hole in it that was donated to the Western Australian Museum. It turns out this door was used by gay, bi and curious men in Perth, Australia at a time when sexual activity between men was illegal. This glory hole door was in a train station in Gosnells in Perth and was used for many years.

Naturally, I was curious about the difficulty men must have faced by wanting sex with other men and how you’d even go about finding each other in a world that tells you that your sexual desires are sick and perverted.

It happened. The door exists and there are many more like it in the world. You can dislike it all you want, but there are millions of glory holes in the world and many are still in use. Not liking it doesn’t make them cease to exist, nor does it erase the past.

The Hole in the Door is the book I wrote after reading this very account of the door’s donation. The subject matter in this novel is a lot more…contentious than anything I’ve written before. Sure, I’ve written about prostitution, gay suicide, and stardom, but glory holes? This book has a lot of sex. I’ve ventured down that dark path again – seedy, gritty, dirty, dark and yet, oddly titillating.

There’s something about anonymous sex that I think both men and women find alluring and sexy.

This book is a lot more than just about a glory hole. It’s about Brad, his friends and his life. It’s about Perth and the 60s/70s/80s mindset and how much it grew along with the people.

Having lived in Perth, I know it took a long time for Perth to open its mind about homosexuality,. But it did. So I can imagine what these characters would have gone through in the 1960’s and 70s and even in the 80s, as they watched cities like Sydney and San Francisco offer a lifeline but while Perth and cities like it, publicly shamed you if you were caught fulfilling your desires.

But more importantly, it’s about time and how fast it moves. And how one day, you’ll look back on your life and wonder if the choices you made were the right ones. And also whether the choices we make were right for others.

The Hole in the Door should be out in a few weeks.