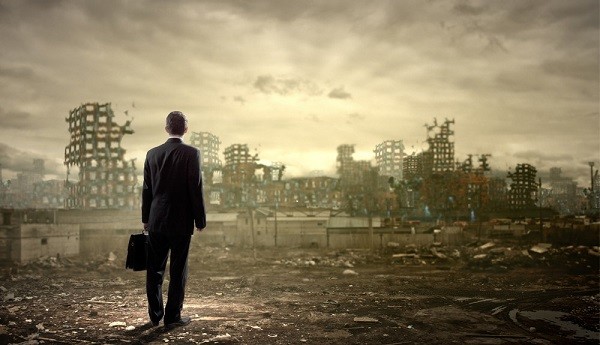 Instructions for surviving the Apocalypse – book one

Let me introduce you to the apocalypse. Back in 2019, I told you that I thought the Apocalypse was coming. And again here and here. Then there’s the book I wrote called The Peace Ambassador in which I mirrored current life and gave it my SCI-FI ending, except that now it feels less SCI-FI and more like a manual for surviving the apocalypse.

There were a number of reasons our world would go to shit and I suggested a virus. In fact, in 2016 I wrote a book about a pandemic breaking out which killed 90% of Earth’s humans. It’s called Mr 303 and I’ve recently been reminded to hurry up and finish part two. I’m halfway through part two and if you’re interested and you’ve read part one, I’m looking for beta readers. Please let me know if you’d like to receive a copy to beta read.

Listen to a SCI-FI writer

Back to surviving the apocalypse. How are we going to get through an actual pandemic? I think – and it’s really important to understand that this is one SCI-FI writer’s opinion – that we need to change our expectation on what to expect in the future and be aware of what’s about to happen so we recognise it when it happens

Because we’re accustomed to lives filled with busy cities and crowded pubs and concerts and lots and lots of places where we can congregate, we expect that to continue. Rude shock coming. That’s never going to happen again. You’ll never go to a concert as you did previously and you’ll never pack pubs to watch a live band again, nor will you rub shoulders with others in any mass event.

Well, I say never, but I highly likely mean, not in the near future. While I don’t mean that you’ll spend the rest of your life quarantined at home, I do think you better get used to a drastically changed lifestyle.

For instance, because every Government around the world is filled with morons with little brain cells, they haven’t yet considered that you could have stopped the apocalypse in it’s tracks if everyone had worn a mask and gloves from January 2020. For sure, it would have been difficult to get all human inhabitants of planet Earth to wear a mask and gloves, but it would have been easier than locking them all in their homes. We could easily have used scarves, cloths, tissues, napkins, masks or shawls to cover our noses and mouths and any gloves to prevent the spread.

Nearly all of the infection is spread via droplets or touching infected surfaces.

If I could turn back time

If everyone had been told to wear gloves and masks in January 2020 instead of being locked in their homes while the economy not just crashed, but disintegrated, we’d all still be at work and our economy would still be intact. This is because gloves and masks reduce the majority of COVID-19 infected people from spreading the virus. There would have been lower cases by February 2020 if this had been done and we would not have had to get really intimate with our housemates and families. Smart governments might have advised older population to social distance and implement programs to support that and it would have cost a hell of a lot less than this has done so far.

Even in mid-April 2020 as I write this, not a single Government nor health department, nor the World Health Organisation themselves, whom I prefer to refer to as China 2.0, have considered telling the population to go forth with masks and gloves so we can all get back to work.

And that’s why I’m telling you that we’ll need to prepare for surviving the apocalypse. Because a new conspiracy has arisen that explains why this inaction has taken place.

I don’t really think that Governments are that stupid that they’d let entire economies crash worldwide, all preventable by wearing masks and gloves, unless they wanted them to. It’s become increasingly more clear that this seems all too orchestrated. The more you look at the evidence, the more you start to see the clues for what they are.

Think about Boris Johnson in the United Kingdom, who was so slow to react that we currently have a thousand people per day dying while we’re all locked in our homes. Then think about Italy, Spain, USA, Australia, Brazil and all countries around the world and you’ll discover, that they all took one action or another that just wasn’t quick enough. All decisions have ended up with a caseload of nearly 2 million people infected worldwide and at the time of writing this, we have 115,000 deaths. There were less than 4,000 deaths in early March – so that’s over a hundred thousand deaths in one month FYI.

How do we prepare for the apocalypse?

Oh, that part is easy, but you’re not going to like it. All it involves is you making mental adjustments.

It’s ridiculously simple, yet also quite complex. The system we have in place, is broken. There… I said it. Our financial system is based on the old fiat dollar and doesn’t suit today’s complex economy. It’s too fragile and riddled with corruption and greed.

What we need, is a new system that doesn’t allow for corruption and greed and can be depended on by all human inhabitants equally and is not volatile. Such a new system would take into account displacement through technological progress and it could also be sustainable and ethical while providing abundance of resources to everyone equally.

The blue pill or the red pill

I’ve banged on and on so much about this topic that there’s a metaphorical dent in my desk. But I’m happy to do so again if it means we finally get somewhere. Please first understand why you are a coward, then understand that we need to enter the next phase. I’ve asked you to think carefully about which pill you think you’ve taken and which one you’ve actually taken.

Prepare yourself to take action. Sometime very soon, we’re about to stage a global protest on a scale never seen before. It will not be specifically English or American or Italian or Indian or Australian or Chinese. It will be an international uprising against a power hungry world that will threaten to force us into the dark ages.

Be ready and train yourself. Surviving the apocalypse will mean you will stand your ground and for once in your life, you’re going to say no.

We’re not going to demand anything – we’re going to make the changes we need ourselves.