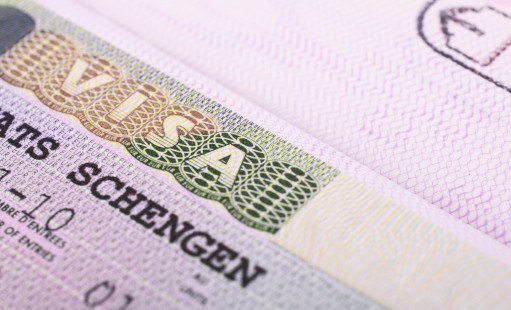 Whoever told you that moving to Italy would be filled with lots wine and good food, sunsets overlooking historically magnificent statues, might have over-simplified things. Its a bit like saying that its a little bit smokey during a house fire. It’s hard work, especially if you’re in Italy to gain something like your citizenship via the residenza elettiva route.

If you haven’t read the part one and part two of my saga, I recommend doing so first.

You have to get past the horrific process of obtaining your Permesso di Soggiorno first, which many do not, I will tell you that now. I’ve heard of a few that simply gave up in frustration and went back to the simplicity and safety of the known quantity in their home countries.

Having myself been one of those that nearly gave up on numerous occasions, I can assure you that it does feel that the process has been made incredibly difficult and frustrating simply to make you give up. I’m glad I didn’t give up; I’ve done it, I’ve got to stage three.
This is where my saga of the permesso di soggiorno continues. Welcome to part three.

My Residenzia Elettiva process has begun. There may be nights (and days) that are filled with Chianti and cheese, apperitivis and romantic gestures, but there are also going to be days of long queues, being sent to the wrong office or even the wrong window, an expensive and timely run-around that serves no purpose other than to remind you that you’re not in oz anymore Dorothy.

6 months after my initial arrival into Italy, I spent 6 hours in exams proving that I’ve learned the language to level 2a, I’ve finally received my permesso di soggiorno card and I’m ready to go to the comune and register on the APR ( Australian Permanent Register) which is used in both Australia and Italy to note who is living where.

What this means, I’m guessing, is that I’m now officially a resident in Italy and well on my way to getting my residenza elettiva. Though there has been no clarification of this yet.

If, like me, you are doing a Residenza Elettiva and are under the same restrictions (you are not allowed to work) then you’ve already been forewarned by the Italian Consulate in your originating country that this process takes 1 year. You might have also been told the same information that I was told, and that is that you might be able to get it done sooner than the estimated 12 months. That seems to be a very big question that is looking more and more unlikely.

What I discovered recently, after carefully reading the Italian law and requirements, is that you can apply for your Italian citizenship after being a resident for 12 months. That is not when you first arrived in the country and lodged your Permesso di Soggiorno. So in fact, the 12 month estimate or less is greatly exagerated. It’s closer to 18 months and perhaps even 24 months.

I’m going to update this post in the next few weeks, after I’ve visited the Comune to register for the APR (Italians living in Italy database) and visited the finance office, to get my Codice Fiscale and gone to the Anagrafe, to lodge my citizenship application.

Holy fuck. What a nightmare. I may have mentioned before that the entire Permesso di Soggiorno for Residenzia Elettiva is a nightmare, I had no idea how much so.

I was told by the Italian Consulate that I would arive in Italy, go to the Questura…blah blah blah… and at some point, I’d get registered into the APR and by then the 12 months would be on it’s way.

The 12 months doesn’t start until AFTER you start your citizenship process, which for me was today. So, given I’ve already been in Italy 6 months and I’d budgeted to be here for 12 months without working, I’ve got to recommit to 18 months in total. OUCH.

I walked across the city – about 1.5 hours, only to be told that the office I needed to go to, was the original one I’d visited yesterday.

I need to keep reminding myself why I’m doing this. I also think it’s a good idea to warn anyone else that’s doing this to be prepared. It really isn’t easy.

On the 23rd of July, the Comune began my 45 days of home imprisonment. See this my imprisonment in Italy.

Permesso di Soggiorno Part Four. The Citizenship Approval. Yes, I did it. Read it here.