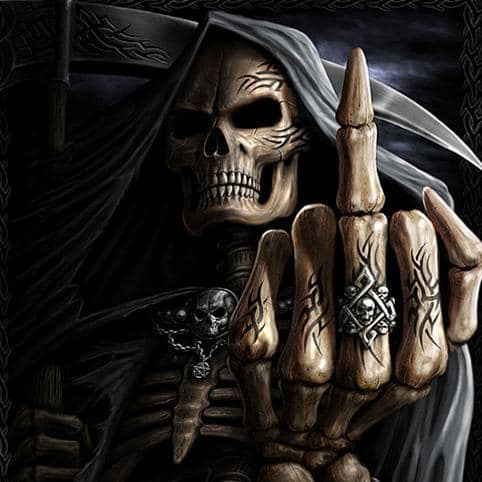 Death’s Been Knocking on the Door

The family chatted loudly and with great passion and animation as the car idled on the sidewalk, forcing Sunday strollers to detour around it, while I – with all of the wisdom of a six year-old – saw the open door as an invitation and jumped onto the driver’s seat. I’d been yelled at by teachers and parents far too many times over my inability to remember the colours of our national flag, and how multiplication tables worked, but somehow…I remembered which lever on the steering column was the handbrake and which position the gear shift should be in to enter neutral mode. The sidewalk’s slope encouraged the car to quickly enter the busy Italian town’s street backwards, with a young six year old at the helm.

To the motorcycle rider who skidded, then slammed into a large bin on the side of the road, thereby scratching and destroying his prize Ducati, I’m sorry. To the truck driver, who slammed his brakes on and received a dent on his fender as my family car came to a stop, thank you. To death, for knocking on my door on that day, fuck you. It wasn’t my time. 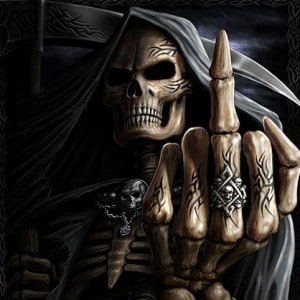 Whether it was months before, or months after, nobody can be certain, but that same six year old danced with death as I wrapped a towel around my neck and dived – head first – off of a first floor balcony. Maybe there are angels, in the form of shop assistants from the store below, who just happened to look up and make a soft landing for this determined child. To that store assistant, you’ve probably spent a lifetime in a wheelchair because of me, but thank you.

If you’ve ever been to Death Road on a mountain in Bolivia, you’ll know that it’s not only a hell-of-a-fun cycle down a steep mountain, but it’s also aptly named because of the number of people who’ve gone over the side to their deaths, either in buses, cars or bikes. I willingly went on a trip with a cycling group down this mountain. Hurtling down this mountain at stupid speeds, braking on gravel did nothing to slow my bike but luckily, death lost its grip on me as I escaped with gravel and scrapes on my hands. The bike went over the edge. When I looked over, I saw a bus down there; cars, and I’m sure I could see bodies too. I’m not even kidding.

A few years ago, a moron – no, let’s really paint a clearer picture – a fucking dimwit who’d won his driving licence in his Weetbix, pulled out in front of my motorbike on a rainy day. Death took my gleaming R1000 that day but it did not take me. It was close though. There was a moment when the car drove right over me and dragged me for a few meters. My helmet – with my head inside – should have snapped, my body should have been crushed, but I escaped with some injuries that eventually healed. Yes, they did take a few years, but the point is…death knocked on my door once again and yet again, I didn’t answer.

One day soon, I’m sure I’ll open the door and death will whisk me away before I can slam that door shut, but to the dismay of the enemies I’m sure I have, which may or may not include a shopkeeper I landed on as a six year old child, I’ve got a bit of life to go, but thanks for your concern.

Every now and then, I think about what happens to us when we die. I mused about that in that post, so I won’t go into detail here with my ruminations. And I know I do go on about this book, but why don’t you actually read it? Maybe, the hypothesis I present therein has some merit.

For now, Fox is still alive.