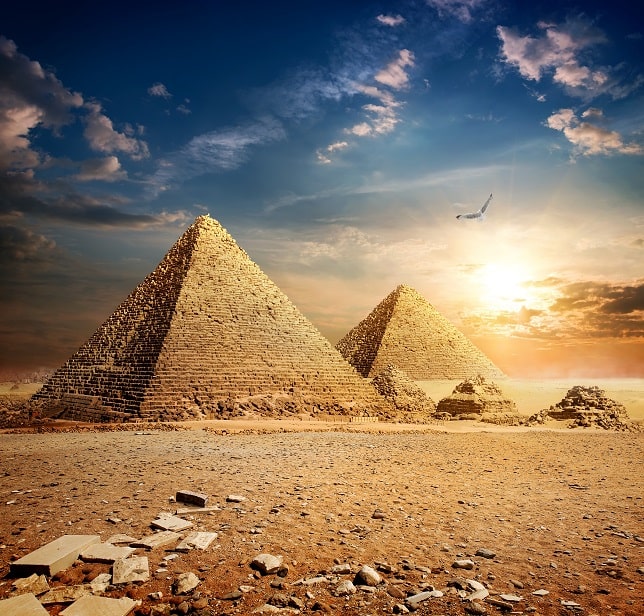 Aliens and the Afterlife

Where did we come from?

There are several species of aliens out there and some have even been in contact with certain people on Earth. Though those people aren’t necessarily those that you think. They might not be the white house representatives and you can bet your current wardrobe that even if they communicated with past Presidents of the USA, they most certainly wouldn’t go anywhere near the current deranged one that somehow bought his way into position. They’re also not your favourite YouTube channel hosts.

We aren’t originally from Earth. In fact, even if we traced our more recent origins, we’d discover that we lived on Mars just a few hundred thousand years ago. Though, even Mars wasn’t our original home. We came from multiple places; many, many generations ago. It’s almost like trying to trace a mixed race person’s ancient ancestry – before we discovered DNA. We are the aliens.

And we had help. When Mars bucked and spewed forth its storms, we had days to pack up and leave. That’s when our Gods came to the rescue and moved us. The biggest difficulty we faced was in adjusting to the different climate. That’s when the Gods made changes to our DNA and helped us to adapt to Earth’s atmosphere and gravity.

Who are the Gods?

Some of them are humanoids, others are of artificial intelligence origin and others still are too different to describe in one paragraph. Without an animal or insect that is even close to what one particular species looks like, it would be difficult to describe.

There are giant races that look almost human, there are shorter and slimmer races that are humanoid but do not look human. There’s a whole variety of races of extraterrestrial people who are reptilian. There’s an even greater, diverse number of amphibian aliens geographically displaced across the universe. There’s a planet of women that almost look human, just much, much taller, who reproduce without the need for men.

When one of these beings, who have technologically advanced so much that they not only invented space craft capable of slipping between dimensions and across the galaxy in seconds, but also understood the correlation between life and death comes to visit a neanderthal on Earth, how do you think he will be perceived?

If a being came down without space craft, in gigantic form and created thunder as they landed while all around them many a bush ignited, would you not think of them as God?

The legacy of the Gods

If we ever develop the capabilities to visit more primitive life forms on other planets, we will need to learn responsibility, because everything they see of us is what they will believe to be true for many, many generations to come. We are the product that our ancestors witnessed.

As we parade Missy-Britney-Madonna-Kardashian-Minaj-Trousersnake in front of our children, we’re showing them that this is what we worship. In future, we will think of our childhood artists almost as Gods. As an example of this, my niece will defend Miley Cyrus to the end of days, as will all of her generation, regardless of what tasteless-bunny-cavorting tactics she might have performed on stage. I don’t want to digress here, I’m building up to a point. The fervour in which we can worship those we choose to put on pedestools can be large, yet there’s no criteria, no requirement to take responsibility for your words or your actions if you’re in that position.

An alien or a God would influence a generation of people so easily that anything they say or do or ask, might become their belief system.

Are we going to end up with generations of adults in 500 years who wear pointy bras and large red necklaces that enable them to communicate openly with their God called ‘Kabbalah’?

To be a God on another planet, you’d simply need space craft with interstellar capabilities whereas on Earth, you don’t even need to have a good singing voice.

What happens if we don’t die?

Up until this generation, it was fair to say that were all gonna die at some point in our lives. Since we’ve become incredibly close to the cure for disease and ageing and the discovery of science that borders on science fiction, we might actually become the first generation to live forever.

That’s right – you may not ever die. Thanks to science, in the next 5 to 10 years, you might be able to reprint your entire body or reverse every aspect of ageing. Perhaps we’ll upload your brain, via USB, to a Cyborg version of you.

By thwarting death, what do we achieve? We get to live longer. So…? Is that a good thing? Will we be more jaded? Will we still continue to finish school, go straight to University – perhaps have our gap year and travel, maybe even fall pregnant at 16, which doesn’t end up ruining our lives forever?

Aliens and the afterlife

Without the constraints of death, will we pursue multiple degrees so that we not only understand medical science, but also that of astrobiology, astrophysics, mathematics and perhaps linguistics? If we reached the age of 500 years old and had studied every degree course currently available to us, we’d not only be afraid to die but would have had so much longer to cling to our bodies and our life that we might never transcend the human body as we’re meant to and come closer to becoming Gods worth worshipping.

The aspect of this that is most fascinating is the realisation that as we evolve, so will our understanding of death. Astrophysicists have been studying interplanetary energy for a long time, while other branches of science have been studying human energy and in particular, what happens to it when our bodies die. There are scientists that refuse to believe that we could potentially live for thousands of years and that our energy force is distinguished when we die, while others believe that once the body dies, everything that we are, goes with it and the energy dies too. There’s a correlation that’s emerging that we might be made up of the same stuff as everything in the Universe.

The truth of this is both bizarrely complex and remarkably simple; we transition into another state of being and shed the body, but continue to live in an unrestrained and vastly different form of existence. What makes this so incredibly difficult to believe is the lack of evidence. If we can’t see our friends and family when they transition, then how are we supposed to believe that they have?

Is it possible that aliens are an advanced form of us?

The correlation of science and pseudosciences

Here it goes. If your bullshit-o-meter didn’t go off before, it probably will now; what I’m about to explain will go so far out to the left, that you might accidentally step off the edge of the Earth and disappear into the abyss.

Scientists have documented – with arguable proof – that there’s an energy field that seems powered and influenced by our minds. Meanwhile, parapsychologists believe that there’s an energy that survives the death of the body. Countless others around the world, of varying professions, believe that this energy is reusable. The common belief is that this energy is the soul that makes up a body and that it survives long after death and often reincarnates in another body.

Sometime in either your lifetime or your children’s lifetime, we will have definite proof that the soul is a an energy that lives one life after another and reincarnates into a new body once the old one has been shed. We may have evolved to a point where our science will have found a way to enable us to communicate with the dead in clear ways that will enable knowledge transfer between the living and the dead. Yeah, I’m talking about, “hey honey, I left a million dollars in cash under the…” the clairvoyant lost them… bullshit that is so prevalent in today’s society, will be a thing of the past.

You might have a conversation with a loved one that goes like this, “hey honey, how was the transition? Did you get there ok?”

Aliens and the afterlife

I know that God isn’t an omnipotent being who lives in the sky and dishes out virgins to those who blow up innocent people in popular tourist destinations around the world. I’m also fairly confident he doesn’t expect you to cut the foreskin off your kid’s cock in a form of weird mutilation/offering, seriously – what the fuck does God want with your kids old foreskin? – nor do I believe that God wants you to marry one person and stay by their side regardless of how many times they cheat on you, just because he said so, ok?

I’ve spent a lifetime shaking my head at every religion around the world and their ridiculous out-dated, dogmatic beliefs and wondering who the fuck God was anyway? I don’t honestly believe that the Pope has a direct line to him, nor to any of the countless others who claim to speak in his/her name. If such an omnipotent God existed, he’d knock on my door himself.

When you study history and religion, there’s a common theme that’s blatantly written in every single text and yet, we all collectively gloss over it as though we’ve had some kind of psychological brain-washing to force us to not see it.

In the Catholic’s version of the Bible, which in more or less similar words appears in other religious books, the words are; and God came from the heavens in a flaming chariot.

When the God/Aliens died, he shed his body and he continued to influence man and his mission, from the other side. We witnessed it, we documented it and then conveniently forgot about it over the thousands of years in a fairly typical, Chinese Whispers.

This kind of principle and knowledge, somehow ended up becoming the story, Circle in the Sand. I hope you like it as much as I enjoyed writing it.