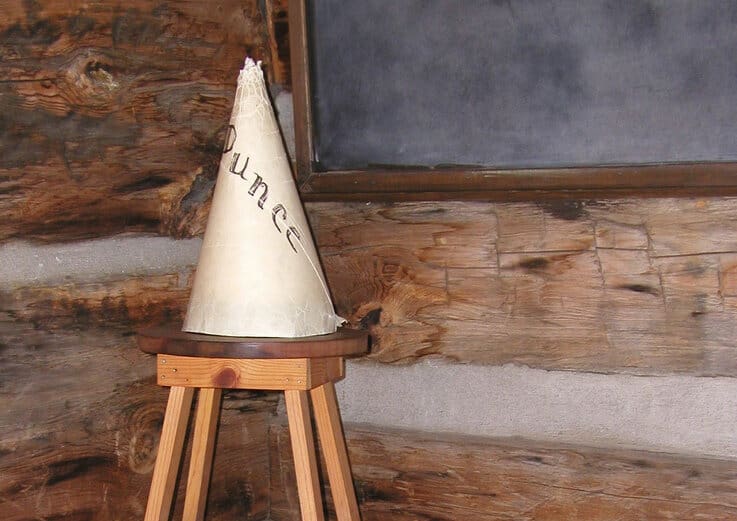 Face the truth before you go any further, and stop walking around thinking you’re awesome, because you’re not.

We all walk around with our heads held high, being told to value ourselves higher, lift our spirits, build our egos, inflate our sense of self-worth, shoulders back, stand up straight, one foot in front of the other.

What a load of bullshit.

You’re a cunt. Through and through. Walking around breathing and wasting more precious oxygen.

The truth is, and this is an undeniable fact, you’re taking more from this little blue dot called Earth than you’re giving back.

Nope, I’m not angry, don’t have any legacy mother/father issues, wasn’t molested early in life and slowly taking revenge on the world, one day at a time, and no, I don’t do drugs, smoke anything, or drink to excess. Thankfully, because add any of those and I might not hold back what I really think.

I genuinely, hand on my heart think you’re a cunt.

Every animal on this planet, except those domesticated furballs you call pets, quite rightly think you’re all cunts.

You get up, you do cunty things, you waste things, you eat unnecessarily bad things, you drink stupid things that do nothing for you except make you sick, you live in heavily polluted cities you gladly celebrate as beautiful, knowing its killing you and all other life around you, but you still don’t care, because you’re a cunt.

No, not just a normal cunt, but a dumb cunt.

You know who else thinks you’re a dumb cunt?

Your doctor. You walk in there with your ailments, and the doctor watches you squeeze those extra 20 kilos into his plastic seat, listening to the legs groan with disdain, while you open that shit shovel of yours and start talking about how life’s not been fair to you, you’ve got this new ailment, after already taking his last recommended medicine, and you start farting out of your mouth.

You tell your doctor how you can’t seem to lose any weight, and you’ve been walking at least 3 times a week, all the way to McDonalds, and then to the supermarket, where your oblivious feet take you through every aisle, allowing you time to consider one bad decision after another, and how you’ve cut down on carbs, except for weekends of course, because that’s when you stuff your face with a roast. And the doctor looks at you, and nods, with that half-frozen smile on his face, because the next thing he’s going to recommend to you earns him a commission from the drug company.

He could level with you, and point out that you’re an oblivious, dumb cunt, but he knows you won’t listen to him, and he’s not paid enough for that, so he just writes you another prescription, hoping you’ll die, so your body can stop using up valuable resources.

But he sighs because he knows that you probably already squeezed out a few little oblivious, dumb cunts yourself who’ll gladly take over where you left off, and then they’ll go to another doctor, who will smile and rub his hands together, and the oblivious, dumb cunt circle of life propagates nicely.

Nobody in their right minds can take a little look around this planet and think we’re a species who deserve to be here.

If Earth could talk to you, it would say, listen up cunt, we have things to talk about.

It would probably tell you that even though you consider yourself a good person who tries to do the right thing by others, eating whatever the fuck you want, because there are no repercussions to anything in your life, you’re a selfish, oblivious, dumb cunt.

Earth might expend some pointless energy letting you know why you’re a selfish, oblivious, dumb cunt, though it might highly likely just send another tsunami, or earthquake, or pandemic, or volcanic eruption, and face-palm itself when the minority non-oblivious dumb cunts find a way to save you again. It might send you clues instead, or life-changing events in the hopes you’ll connect the dots yourself, and make changes to better your life and those around you. But inevitably, you always accept these ‘challenges’ and go right back to being a selfish, oblivious, dumb cunt.

Those of you who are propagating other selfish, oblivious, dumb cunts, never seem to take a moment out of your cunt routines to examine how the future might look for your cunty offspring, so you laugh and jeer at the minority holding placards. Those who are asking the world to consider climate change and minimise pollution and being ignored by the masses, as you drive around in your gas-guzzling cars, trying to run over cyclists, most of which will never have children because they’re slightly less oblivious than you are, and don’t want offspring growing up in a barren world where it will be difficult to breathe, because you think you’re smarter.

You delusional, selfish, oblivious, dumb cunt. Not even a fucking pandemic can shake your belief that you belong on this little blue dot that’s been trying to fuck you off for decades.

It’s so easy to tell yourself that this one more beer won’t make a difference, even when you need to close one eye to focus as you drive home, or convince yourself that even though German scientists have conclusively attributed higher levels of pollution with higher mortality rates during a pandemic that came from bats, that all that toxic pollution around you is having no impact on you whatsoever. It’s inevitably part and parcel of the delusional, selfish, oblivious, dumb cunt’s personality to convince themselves that you don’t need to worry about pollution, or recycling, because those same underfunded scientists you think are dumber than you, will find a way to fix it.

Delusional, selfish, oblivious, dumb cunts like you will continue to enjoy the convenience of a delivery from the world’s largest online retailer, even though it’s destroyed the businesses of family members, and friends all around you, and made it impossible for anyone to start a business and compete.

It doesn’t bother you in the slightest that this same retailer doesn’t even need to pay tax while you’re paying a quarter of your salary in tax.

Nor would it bother you that most of those cheap, plastic items that will break next week come from the same country who let this pandemic freely permeate the world’s societies while it lied and took no responsibility and was the first country back on track financially, and ready to manufacture more cheap, plastic shit that you desperately need in your house to make you happy.

And those arseholes you voted in to manage your country? Who reap your tax and squander it on their lavish lifestyles, at your expense, eating grapes off the backs of slaves who don’t even get paid enough to feed their poor children, are doing magical tricks with their hands, while telling you that you need to work harder to pay for the wonderful lifestyle they’ve created for you.

And you need to thank them, even though millions died while they stumbled over each other’s distended bellies, because late into the pandemic, long after many, many people’s grand-parents died unnecessarily, they finally took action.

Easily led, delusional, selfish, oblivious, dumb cunts like you don’t care though, you’ll applaud these tricksters, even though you’re well and truly aware they own the media that spawns the lies you savour along with your antibiotic filled eggs and three-breasted chicken, showing you a snippet of some starlet’s tits and how some lucky cunt got to lick them while you slobber over the news article, completely oblivious to the fact that they placed that there so you wouldn’t see them stuffing their pockets with your hard-earned taxes.

You easily led, delusional, selfish, oblivious, dumb cunts wouldn’t even know a good person if they stood before you, handed you free food and clean water, and explained the downsides to voting in bigger cunts than you.

I apologise for calling you a cunt. In hindsight, you’re not a cunt, you’re actually an easily led, delusional, selfish, oblivious, dumb cunt who will never, ever realise that you’ve fallen prey to the very thing that you say you hate, and won’t vote in, while never, ever taking the 10 seconds needed to verify anything you’re told, because you’re too fucking lazy.

Get off your arse you lazy, easily led, delusional, selfish, oblivious, dumb cunt, and pop the ingredients for your next meal into your favourite browser, and take a few seconds to see if that smoke-filled haze can lift from your brain long enough for your eyes to widen, and for you to realise that everything I’ve just told you, is fucking true.

Spend less than one minute wondering why a 17-year-old is being ridiculed by equally as lazy, easily led, delusional, selfish, oblivious, dumb cunts like you, for trying to open your eyes.

Then spend one minute more scratching the surface of the news stories that are designed to cover up the real news stories, which you’ll never understand, because of your inherent, indoctrinated stupidity, that allows you to live obliviously, to feed your innate lazy being, that gives you immediate gratification that you need to get up every day, so you can believe you’re a good person, and that you’re living your best life.

The truth, in all it’s harsh reality is that you’re a lazy, easily led, delusional, selfish, oblivious, dumb cunt that will never, ever, ever change.