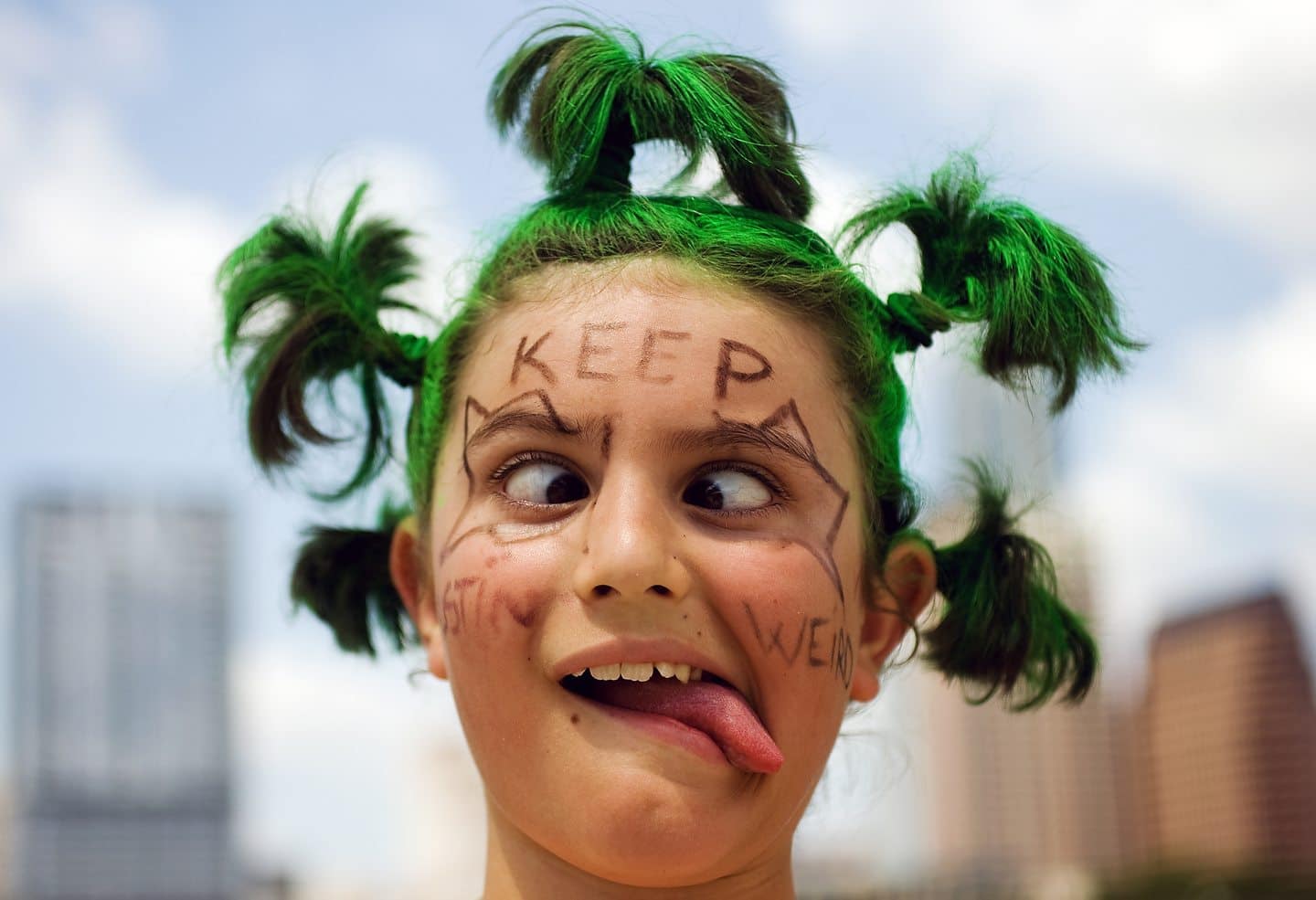 Why its Ok Being Weird and Other Terrible Advice

Should I Conform to the Sheeple?

I’m going to tell you a little secret. STOP BEING BORING and trying to be like everyone else. It’s not going to get you anywhere nor is it going to make you happy. The secret unreachable magic of life is in why its ok being weird.

I had a lot of fun writing this blog, in which I talked about how Lady Gaga’s weirdness has made her huuuugely popular and bigly in so many people’s minds. Why? She’s truly, without hesitation, simply the most weird artist on the grand stage. If Lady Gaga had been boring, well, you’d be asking, Lady Who?

We don’t pay money to see the boring, we pay the big bucks to see the weird.

There’s a whole reason which I’ve already discussed as to why Donald Dump was so popular that he became the President of the United States of America (much to many of the sheeple’s unhappinesss it seems).

We love to bitch, whine, gossip, poke fun at, laugh, shred, piss on anyone who’s different but the reality is, we love watching them make total asses of themselves and will pay for the privilege for such live acts.

Why Its ok Being Weird

In fact, it’s highly profitable for many weird people. Elon Musk is an awesome entrepreneur with some strange ideas. He thought flying cars, cars that could drive themselves and sending people to live on Mars was a perfectly acceptable vision while many others thought he was living in la-la land. I have a huuuuuuge bromance for this guy.

Elon Musk is one of the wealthiest and most successful people of our time. Not just because he’s actually transforming our reality by introducing these very things we once thought were mere sci-fi, but because he’s making us all want to be a part of it. I want a Tesla car to drive me around so that I can waste more time on Twitter and stuff. Yes, for a very long time while growing up, he was considered weird. Yet today, he’s considered revolutionary. Ok, maybe I don’t want to go to Mars, but I’m more than happy to nominate quite a few people that should go. Today, please.

The Era of the Drones

I love going to the gym and working out. But what I hate the most about the gym is the drones. We see the same G-Star tops and the same shorts and the same sneakers and the same haircuts on everyone. It makes me want to puke. I need a new gym. If I see one more clone woman reading a magazine, while not breaking out in a sweat as she ‘runs’ on the treadmill, I might actually scream. At her…while she’s on the treadmill.

There’s a ton of people who desperately want to become famous, as evidenced by the gazillion hashtags used alongside the photoshopped selfies. We want to stand out, yet are so afraid to be different, because, well… then we’d be weird. Right? Oh wait… you’re saying that’s why it’s ok to be weird? Um, derr. Are you skim-reading? Are you reading this on a treadmill?

We’re taught to conform at school, at work, with our friends and in society. Even our social media, we need to be super careful how we behave and with what we say. But doing so, will ensure obscurity and unhappiness. I wrote about being angry here, and I suspect that forcing ourselves to conform to everyone else’s acceptable vision of who we should be, could be a big part of it.

The lesson you learned in school was risk. Its ok to be weird, you’ll just risk eating lunch by yourself and probably being teased everywhere you go. But the risk you’re taking is that you’ll develop into an enormous personality who is not constrained by society’s expectations and therefore, might end up being someone I’d follow. Not literally follow, cos that would be actually weird in a…”I’ll go to jail kind of way”, but follow as in social media. Phew. Clarification needed sometimes. Gulp.

No Great Art Was Made by a Normal Person

I’m not sure that personally, I’ve ever admired the term normal. Not that I’ve ever wanted to stand out, but for me, normal people are drones and drones are robots that automatically live lives according to what is dictated by the masses. I have no interest in being a robot, that goes against the whole idea that I’m living a life.

The first lesson for me was considering why its ok being weird. It generally indicates that you’ll have more interesting shit to say than someone who is, um… normal.

In fact, what makes any memorable art stand out? It’s different and it was highly likely created by someone who was considered weird by their peers. Did they care? Probably, but we care more about the work they put out.

Stop worrying about being weird and start creating something that makes you stand out.

That’s why its ok being weird, because the alternative is already taken by over 7 billion people.

Thanks to 6iee for letting me ‘borrow’ the post image.