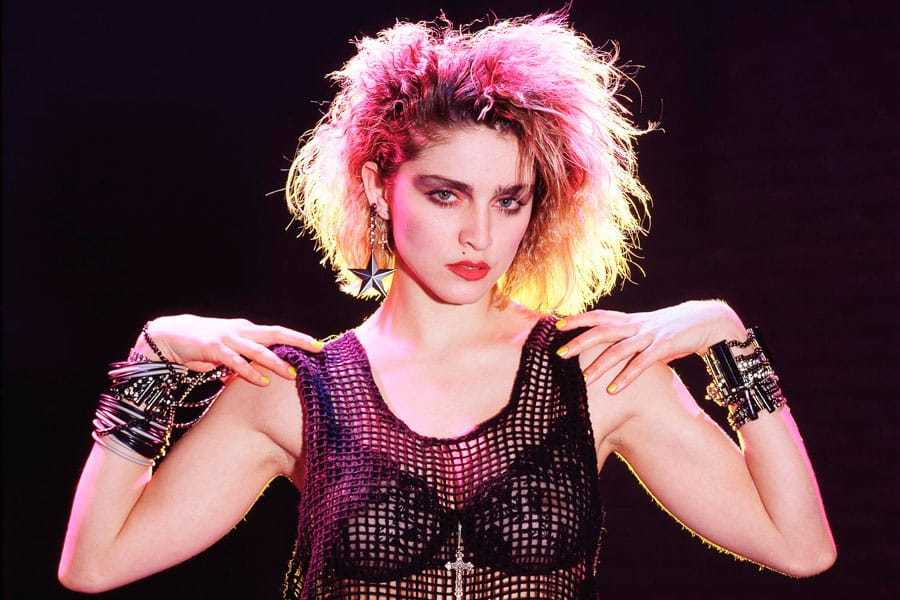 And why should you care?

Being able to continually create a persona and encourage others to believe in that persona, that’s a marketing genius. Creating ballads, riffs, lyrics that all work together along with a visually stunning performance is challenging, to say the least. From the lesser-known streets of New York City to the world stage, we’ve all seen something of her, but who is Madonna?

That’s a rhetorical question. You don’t need to know who Madonna is you just need to step back and wonder how this phenomenon came to be and perhaps admire the brilliance and the mastermind behind the star. Whether we’re talking about Madonna, J.K. Rowling or Richard Branson, John Lennon, Einstein, there are paralells that I find interesting about these inspiring individuals who for various reasons, have contributed greatly to our world. Each of them, in ways that I think are pretty original. Yes, even Einstein gets trolled by modern scientists who have the luxury of newer concepts which may or may not undermine Einstein’s findings, regardless that they were relevant at the time. Here’s a pretty interesting letter from Einstein to Marie Curie, in which he counsels her over being trolled, or as he called it back in 1911, reptiles.

Madonna is a star. Very few people have successfully dominated global attention for almost three decades. Whether or not she should have 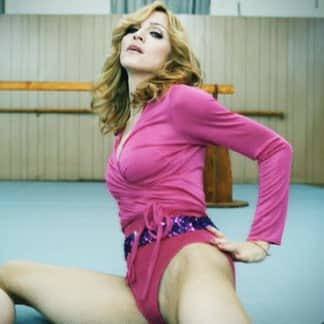 gracefully hung up her pink leotards in the last decade, is open to debate. What you can’t debate, in all fairness, is that she’s come up with some pretty innovative stuff. No, she’s come up with some pretty mind-blowing stuff. Have you ever watched and listened to Live to Tell? There’s a voice in there that transcends the song. There’s some lyrics in there that inspire emotion. Let’s add an ability to act the part of a soul searching woman, who laments being unable to change the past. And yet she’s been trolled because she can’t act.

If you can wear your underwear on the outside and not be stoned to death as you walk down the street, may or may not be an attribute to someone who spent an entire decade, on stage, in her underwear. Or a wedding dress. You may or may not have seen her fucking a bed or masturbating on stage which almost got her arrested once. She shocked many, because she dared to do what others wouldn’t. There’s another very clever marketing tactic that she used to her advantage – shock. She used it as a weapon and wielded it high enough to ensure her popularity soared.

Who is Madonna? She’s one fearless motherfucker. Have you ever thought about getting up in front of a group of people and gyrating while masturbating and singing about sex? No? Why not? What’s wrong with it? Is it disgusting? Perhaps it’s slightly less disgusting because someone has done it and whether or not you think it was tasteful, the fact is that someone did it while singing a song. In a coney, pointy bra at that. Oh, then later on, she nailed herself on a cross and sang her heart out. You gotta wonder at the brave soul’s thought processes when you see that kinda thing. 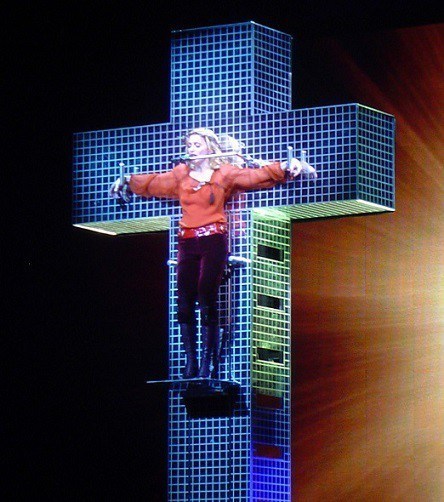 I’ve read a comment about Madonna that said, “Madonna’s use of Christian imagery is an abuse and it is dangerous.” Personally, I think religious people are way more dangerous. I recently tweeted, “Science flies you to the moon. Religion flies you into buildings,”  an excellent quote that I stole from Victor Stenger. There’s another thing, I’m unoriginal. I struggle to come up with my own quotes that haven’t already been done before. I write books and think that I’m coming up with a whole bunch of ideas or character traits that have never been done before, proudly flicking them to my beta-readers or my editor and anticipating their ‘wows’ only to be sent links to where I might have stolen that from. Coming up with original content these days, is fucking difficult. Yet I watch trolls slam Madonna as though she’s one of the hundreds of copy-cats on the global stage, who constantly reuse her material and add nothing new to it, when Madonna reinvented herself so many times to the point that you’re still wondering, Who is Madonna? She might be many things, but she’s not unoriginal.

In the early 80’s, when video music was still in it’s infancy, Madonna used it to her advantage, combining cleverly written, catchy tunes with imagery to drive the point home. It worked, she made money and gained fans from across the globe. The Madonna phenomenon was a vehicle that went into orbit for the very first time on a scale that had rarely been seen before by a woman.

When I wrote Monique, a book about a north London prostitute who was victimized – brutally, by many – before being thrown into a sordid life of hell, I found myself comparing her life to Madonna’s. One is a victim, the other is a revolutionary who paved the way for many. Both found salvation only when their daughters were born. One had single-handedly unchained homosexuality from it’s prison of fear, created by many who ridiculed and lacked understanding, the other was trapped in a prison of fear, being dictated to by her many captors.

Who is Madonna? She’s a visionary who challenged the system and decided to break all the rules she didn’t make.

Today, most people see the remnants of that shining star. They see the aftermath of the party. They don’t see what those of us who were around in the 80’s and 90’s saw, a strong and energetic force that she once was.

Anyone who puts themselves out there, is going to be subject to debate about their motives, and there’s going to be a hell of a lot of interpretation about their art. A great majority of those people, are bored and when questioned, have very little to offer the world. Yet they feel it necessary to condemn that which they do not understand as though they have enough artistic or intellectual understanding to question something so out of their league.

I live in London half of the time and I can see why the Brits have never really warmed to her. They are reserved and dislike having sexually provocative artistry paraded in front of them. Yet I once heard her mention in an interview that she’s aware that the English don’t like her. You could almost see it as she spoke about it. Yet her songs still made it to number one in England, just like they did in America, across Europe, Asia and Australia.

When I recently read a scathing review about my book Mr 303 on Amazon, I was distraught. My labour of love was ripped to shreds by a reader. I made the same mistake, instead of focusing on the many others who had taken the time to write to me or provide a review on the book telling me how much they enjoyed it, I concentrated on that small percentage who told me it was shit. Within 24 hours I read another eloquent review on Goodreads which went so far as to provide a review which simply read, “Bleuch.” WOW.

Don’t get me wrong, I’m not comparing my artistic abilities with those of Madonna, just like the paralells I drew between Monique and Madonna are simply reductive comparisons, I’m simply stating that perhaps you’re best off focusing on the good things and ignoring the bad things which don’t serve any purpose other than to try and take you down. And I think that’s what Madonna does. Or she wouldn’t be where she is today. 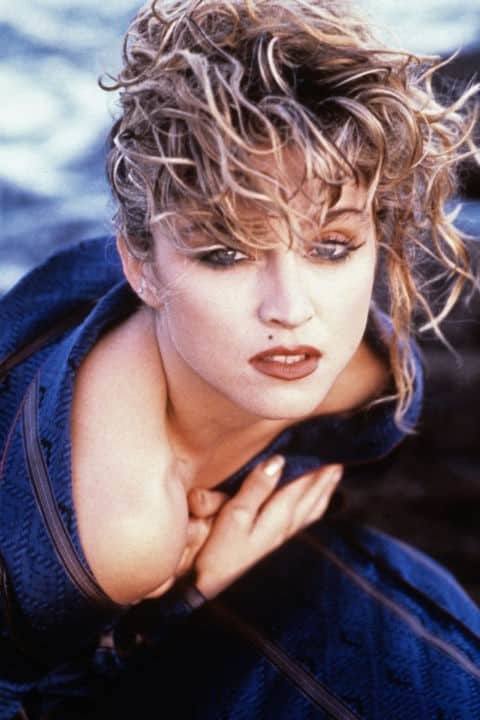 Check out this review I read about a book from a reader on Goodreads. It is probably one of my favourite reviews ever. It doesn’t matter that she went ahead and rated the book 2 stars, it is what she wrote that made me realise that not everyone is a nasty troll:

“I really wanted to like this book, because I can only imagine how many countless hours the author spent writing this book and developing the story. While I didn’t think the editor did a great job, I also know that it is an expensive and long process. Unfortunately, I didn’t resonate with the characters, finding them a little too one-dimensional and the story itself, jumped around from one point of view to another too quickly.”

WOW. I wish my reviewers were respectful people who gave me something I could use, instead of “Bleuch.”

Perhaps I should learn to ignore the trolls and focus on those who do like my books. If only I were as unoriginal as Madonna. Who is Madonna anyway? Someone who I could probably learn a little bit about humility from.