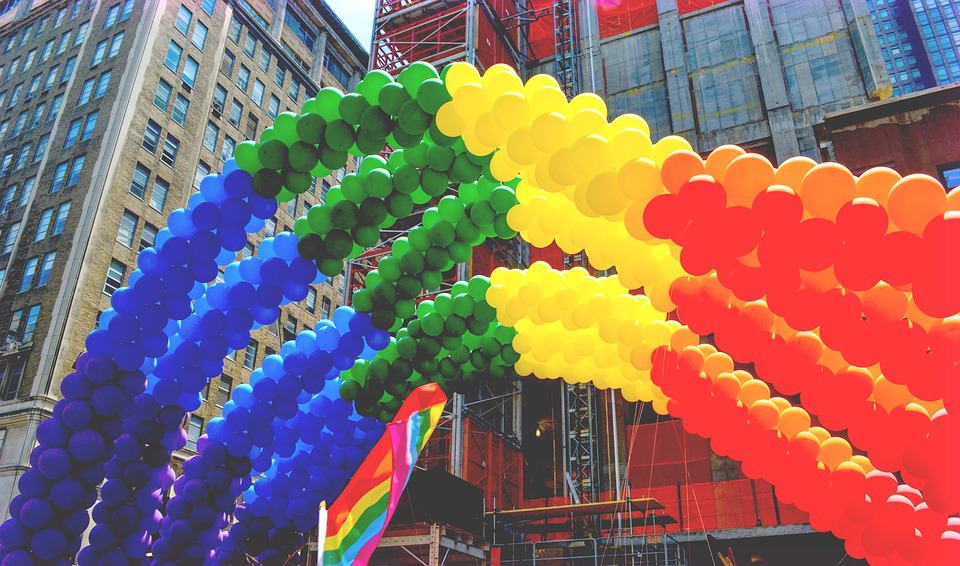 What Does Pride Mean?

What does pride mean? Let’s be honest, we all know that Pride is associated with the LGBTQIAFRSMTUVZ community and that somewhere in the feathery Village People days, they had a point to make and that point was that every minority group who were ostracised, because of their sexual preferences or identity, should be treated equal. Back in the days where men wore different coloured hankies in their back pockets which indicated their favourite sexual position, our forefathers knew what Pride meant and built a momentum that will undoubtedly be here to stay.

Are you proud to be Gay? Bisexual; lesbian, transgendered, non-binary, cisgendered, asexual or anything else from the gay-phabet soup? WHY? How can you be proud of something you had no control over?

The point I’m making is that we’re born with our sexual preferences and with our sexual identies and we spend our lives trying to build a body or persona that artfully reflects that identity.

Has Pride Gone too Far?

I don’t think that Pride has gone too far; not in any conscious sense anyway. I think that Pride itself has built a momentum and been branded just like any well-marketed product and it has brought LGBTQ+acceptance, to the forefront.

Personally, I view Pride as a time and place to celebrate local LGBTQ+ triumphs – and that means, how far the locals have come and how far they have brought the Pride flag and all that it represents. I think that this year’s Tesco float in the London Pride parade was a perfect example of this; one of the UK’s leading supermarkets wanted it to be known that they support Pride – whatever it means. Let’s put aside our immediate assumption that they’re doing it for the publicity and the 1+ million eyeballs and not for any altruistic reasons; who cares, that’s beside the point. The fact of the matter is, Tesco made a point of being at Pride.

Are they proud to support the LGBTQ+ Pride movement? Yes – and they have every reason to be proud of it. It’s come a long way. It is now a worldwide event that attracts millions of visitors and untold millions of the mighty Pink Dollar. But if you’re a young fledgling lesbian working at Tesco, would you be proud of the fact that you were born that way? Or could you be proud of being party to ensuring Tesco and other big names continue to support Pride?

What Does Pride Mean

I love a good party and I’m the first to turn up – sometimes annoyingly too early – to a good festival.

Does Pride mean good drugs and dancing for an entire weekend until you collapse at your desk sometime on Monday, to the cold harsh reality that you have a boss and a password you will never, ever remember?

Does Pride mean that you can wear rainbow clothing and drink yourself to oblivion and go home with that cute (boy?) and hopefully not wake up to chew your arm off tomorrow when the beer goggles fall off?

Does Pride mean an opportunity to carry a flag that means something to you, that celebrates over 46 years of history, that reminds us all that sometime in our not-too-distant past, people not unlike Trump, tried to kill too many of us but somehow, we survived and amassed disgusted numbers who refused to be treated as minorities any longer?

Do we get to stand on the shoulders of our forefathers and wave those flags even higher and with louder voices (and bigger social media followings) with, “we will not be shunted into the closet any more!”

You can’t be proud of something you had no control over, such as your sexual identity or your sexual preference, but you sure as hell can be proud of yourself if what you did was to make others smile and especially if you made people remember you.

On a side note. I loved the news that Brighton Pride was a success and that many had fun and the freakishly long summer held up. What I didn’t love was that we forgot we’re also trying to clean up the planet and be green and environmentally friendly. Let’s not be the LGTBQ+ group known for leaving single use plastic behind on beaches, cigarette butts and general rubbish that should be in the relevant bins.

Come on guys! We can’t expect others to clean up the environment after we’ve left it. That’s not cool! Other groups who don’t get a Pride parade are in Brighton cleaning up and that’s not something to be proud of.