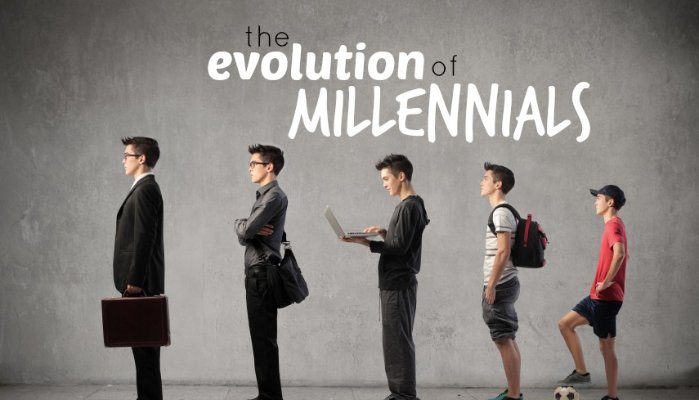 Because things are done faster, smarter…or not done at all.

What is a Millennial generation anyway?

Why is it so important for so many people to understand the importance to think like a Millennial?

Let’s race through the last 70 something years and have a quick recap so that we’re on the same page before we discuss why we should even consider to think like a Millennial.

The Baby Boomers is the term given to those born between 1946 to 1964. There were more babies born between 1946 and 1964 than ever before. When the boom finally tapered off in 1964 there were 76.4 million “baby boomers” in the United States alone which made up nearly 40 percent of the nation’s population. The name comes from the boom of the babies born in those years.

Then Generation X were born – from 1965 to 1984 – while the Millennials – also known as Generation Y – from 1985 to 2005 and in case you’re curious, Generation Z are born between 2006 to present. There’s a lot of argument about the exact dates, but I don’t care enough to argue with you. If you say it was 2006 I’ll just politely agree – who cares. The more important topic here is who those generations are rather than the precise dates which are currently agreed at xx and yy. I’m so over the ever changing dates.

New research has shown that it is possible for some information to be inherited biologically through chemical changes that occur in DNA in mice in a lab environment. In the study, which is published in the journal of Nature Neuroscience, the researchers trained mice to fear the smell of cherry blossom using electric shocks before allowing them to breed. The offspring produced showed fearful responses to the odour of cherry blossom compared to a neutral odour, despite never having encountered them before.

Humans are a lot more like mice than we realize.

There were beliefs in ancient civilizations, such as Aztecs, that eating other humans would allow you to absorb their knowledge. While they weren’t great scientists, they thought that they’d gain their knowledge by eating people because maybe the understood that knowledge is stored in the DNA. Like, ewww.

Let’s not confuse transfer of knowledge with the lacking of an adequate education. There is a growing belief that the education system in countries worldwide is failing all the generations and that is making them dumber. While this might be true, this is more about their learned knowledge and not their inherited knowledge.

If lab tests in mice are beginning to show results that new-born mice retain the previous generation’s knowledge, then is this proof that similar is true in humans? Would it be a big stretch to think that humans can pass along physical heritable characteristics as well as knowledge to their offspring?

Have you spoken to the younger generations in depth? Ever got the feeling they’re a bit of a ‘know-it-all’? Maybe they are. Maybe they do know more than Generation X or the Baby Boomers. Maybe…just maybe…there’s something in this whole heritable knowledge thing and perhaps Millennials are smarter.

I’m not suggesting digging up Einstein’s corpse and lavishing it with ketchup or any such thing, but I am wondering whether each generation is inherently smarter because this heritable knowledge is passed down. We do know that IQ is part heritable, so…is knowledge?

I performed a ton of research for my book Lucy, who experiences unimaginable fame at just 17 and wanted to understand exactly how a Millennial would cope with such a life and what exactly she might have inherited from her parents.

While on holidays with my family in Australia recently, my friend had briefly met a guy she was interested in but was bummed that she only knew his first name and what he did for work. My 20 year old niece, before my friend had even finished describing him and why she liked him so much, flashed a thumbnail of a handsome guy – which she’d just found on Facebook – and asked, “is this him?” Jaws dropped. It was him. The speed by which she had found him and with such little information, was astounding.

While the Millennials have also been called the lazy generation, the entitled generation and the ‘do less for more money’ generation, there’s a certain truth that I can’t help chew on regarding their inherent knowledge and ability to find information fast. They do seem smarter and much more efficient in my professional experience. The big problem with the Millennial generation that I’ve heard time and time again is that the biggest issue is motivating them to do it. But you can’t argue that they are the generation born with keyboards in their hands.

I’ve learned this about Millennials, they want transparency and the truth and they want it fast. A Millennial can smell bullshit much faster than a Baby Boomer with all their experience.

Why should you think like a Millennial? Everything is about the Millennials because they are the new customers, the new shoppers, the new forerunners in every industry around the world. It’s about them now and in 10 years it will be about Generation Z. So if you want to establish trade or working relationships with the Millennials, you’re going to need to keep up and think like a Millennial. We could all learn something from them too, like I already have. I can find information fast because I’ve learned from them. Just like they learn from us X’s and from the Baby Boomers.

I’m curious to see how the Generation Z will shape up when they graduate and join the work force. Are we going to start seeing a super race of incredibly intelligent beings?

Thanks for tuning in!