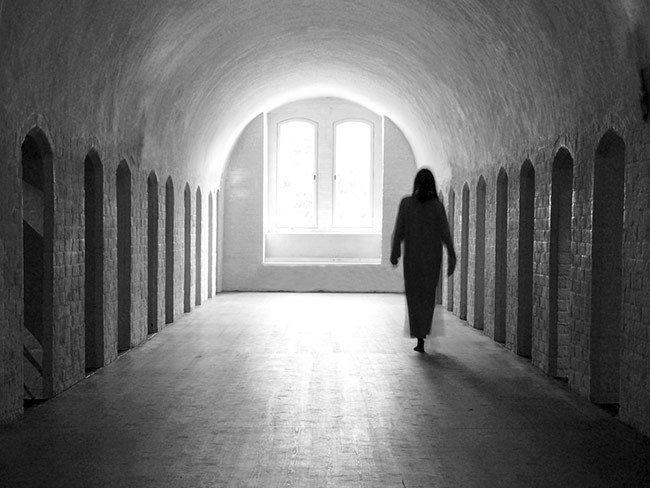 The inside of the apartment was almost cold, considering the warm spring day outside. But John liked it, he resonated with it. This is where he would live for the next year while he decided whether Florence would be his permanent home.

He unpacked his two bags; a large suitcase and his backpack, the only items he’d traveled with. The remainder would arrive in the coming week. Luckily, the studio flat was furnished – perhaps not tastefully, but he felt that he’d gotten a good deal considering the inner city location to the center of Florence. The most important part was the bed. It was made of sturdy wood and big enough for him to stretch out and enjoy some lazy days. It had two side tables which matched the bed and were the only items in the apartment that matched anything. In sharp contrast, an old wall-clock made of bronze stood out from the freshly painted, white walls above the bed. The white plastic table, with an old-style television also mismatched the room. John had checked the bed before he’d signed his 12 month lease and had been satisfied that the bed was comfortable and the apartment would serve as a good short-term home. He thought that in the coming weeks he would find a way to make the rest of the furnishings work.

That first night, after a long walk around the center and a simple and cheap meal in a small restaurant, he looked forward to his first night in his new home. After unpacking the remainder of his clothes, he worked out the gas heater, poured himself a glass of wine and settled into bed to read a new fantasy book on his Kindle. He knew that new environments came with new sounds as he was no stranger to moving to new places, yet still, sounds from outside the window – which faced an internal courtyard – kept distracting him. Murmured voices, pigeons settling in for the night, a distant bar or club played popular pop music and perhaps a branch of a tree scraped a neighbors window. He eventually felt that after having traveled an entire day from London, via trains and a plane, he was exhausted. He put his Kindle on the bed next to him and switched the light off and rolled onto his side and cleared his mind. John knew that sleep would come as he gazed towards the window and noticed how the moonlight perfectly illuminated his room just enough for him to see objects, though not enough to see any detail. Eventually he slept.

At first the sound was in his subconscious, perhaps part of his dream; a dream he wouldn’t remember –  it was so insignificant. ‘The tapping‘, he thought, was the branch he’d imagined earlier that might be hitting a window. As he dropped out of sleep, the sound was more defined, more precise and with a little more…purpose. He shook sleep off completely and lifted his head and looked towards the window. The moonlight was still filtering through, though not as strong as when he’d first fallen asleep, maybe due to some cloud cover, he couldn’t know. The sound again, this time at his own window and very defined. A knocking, four consecutive knocks followed by a pause, then another four. He strained to look through the window on the other side of the room but could barely make anything out. He was about to reach over and turn his lamp on, but froze. The tapping, definitely now more insistent and louder. Someone was knocking at his window. Impossible thoughts raced through his foggy mind, he was on the fourth floor and there was no stairway outside his window. But the sound could not be mistaken now, it was definitely knocking.

He turned to his side to reach his lamp, suddenly feeling fear and a sense of foreboding. A creeping eerie perception that things were definitely not right. He flicked the light and was surprised that no light came on. Then he realized how cold the room was. Freezing in fact. The gas heater he’d put on seemed to be off, he could see that the small blue pilot light was out completely. His mobile phone was nearby. He grabbed it and pressed one of the side buttons – it didn’t matter which – they all would wake the phone up. The phone came to life and he registered that it was 3:24am. Something out of the corner of his eye suddenly drew his attention. He looked again towards the window where he subconsciously noted movement and saw a figure. It looked like a man. Fear gripped him and almost froze him to where he lay. He turned the phone so he could illuminate the man, hoping to discover a lamp or a curtain was playing tricks with his eyes.

But it was no trick.

The man suddenly ran towards him and John jumped back and hit his head against the wall. The man’s face suddenly appeared in front of him and his eyes were suddenly clear. He was full of rage and anger. His eyes were pure white – no pupils and no color that John could see. White angry eyes he seemed to be shouting something but John couldn’t hear anything.

The man suddenly vanished as quickly as he’d appeared. He almost screamed when his side-lamp came on. The man was gone for certain.

John jumped out of bed and put the main light on and felt a little bit of relief to have such a bright source dispel all the shadows. As long as the light would stay on, John would feel a little safer. Though as he tried to make sense of what just happened, John realized that no matter what happened from this moment on, he would never in his life ever feel safe again.

The end of part one. Please go here for Part Two.

****I write a lot and most of it is here, for free, on my website. Now and again, I write a book. Right now, you can support me (99c for most books on Amazon) by having a look at my books. You never know, you might just like one****