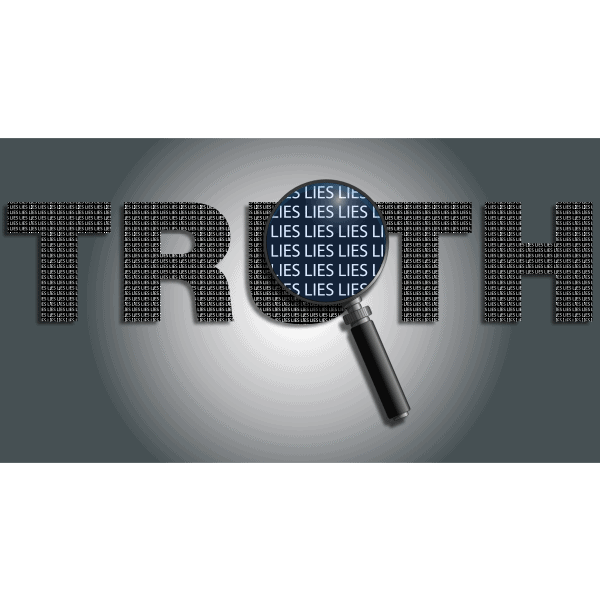 As a child, I was impressed by the height of the pyramids and the mind-bending thoughts on the man hours required for such a construction.

In 2020, I’m equally astounded at the even more impressive civilization of lies we’ve built that tower over these great pyramids. The reality is that if you can’t lie, you’ll never get anywhere. But who’s going to win the lie of an era? Lying is an artform and a profession. From a small white lie to a spin on the truth, to colouring something so that it fits your worldview.

“Your hair looks fine,” over, “without a hairdresser for 12 weeks, you look like a bird’s nest that got dumped for being too untidy,” is completely acceptable, but it’s still a lie.

Donald Trump built an empire on bigly lies. Even his supporters, who see him as a good man doing the best he can, understand that sometimes you have to lie to get a head. He’s doing it with their blessing; it doesn’t matter, as long as “he makes America great again”, they chant and the lies don’t get in the way of a good story. He’s a showman after all and that’s what they voted.

Boris Johnson just openly lied about Dominic Cummings and why he broke lockdown rules – rules that he himself helped to establish. Then Dominic lied about why he went to Durham, and the residents of the UK – days after the lies are still unraveling, are still pissed off.

China are lying about how many people have really died in their country due to coronavirus, and if they hadn’t lied back in January about this virus that had already escaped their country, there would be a lot less deaths than half a million people worldwide. Some suggest China’s 89,000 deaths is more like half a million.

Who can believe China? We are aware that countries like Russia are only listing deaths that are directly attributable to Covid-19, which means deaths by pneumonia and heart attacks are not reported, hence their death numbers are much lower than other countries with the similar infections.

I’m pretty sure that you feel the same way I do; I don’t believe anything anyone tells me anymore. We can’t trust a word from a work colleague, because they probably have an agenda and of course we’re not privy to that agenda. Can we trust anything we read? Because let’s face it, who’s paying the writer? We can’t trust reviews; everyone knows they’re largely fake. And let’s not get started on whether we can trust the food we buy is healthy and isn’t going to kill us. Hell, we can’t trust the medicine that’s prescribed because the doctor could be getting a kickback from the pharmaceutical company.

The biggest crisis of biblical proportions in 2020 isn’t Covid-19, it’s all the lies. The lie of an era is the belief that the lies don’t exist in the first place. But today we call that marketing and PR.

There are two main things that you need to be worried about; money and power. If you don’t have either, you’re expendable and nobody will/can believe you. You can get away with any lie, as long as you can afford a good marketing/PR campaign to cover it up.

Such is 2020. I woke up today to news that Minneapolis is on fire because an innocent black man was killed on camera and the cops responsible were merely fired. Dominic Cummings is still lying. Donald Trump impregnated Carolyn Gombell and then killed her in 2000, then paid NYPD Police Chief at the time Bernie Kierik to cover it up and nobody cares.

Nobody Fucking Cares that the President of the United States killed someone and got away with it. That’s someone’s daughter/brother, friend he killed.

You probably won’t believe that, because it might be a lie; but you’ll have to exercise your own judgement. Lying is a professional game and the biggest liars always win.

What we need now is change. No, superman isn’t going to come down and throw Lex Luthor into jail. We’ll need to fix this one ourselves.

We need to start demanding the truth and empowering positions to be honest. The only way I can think we can do this is to remove the underling problem.

A world without money won’t solve all of our problems, just most of them.