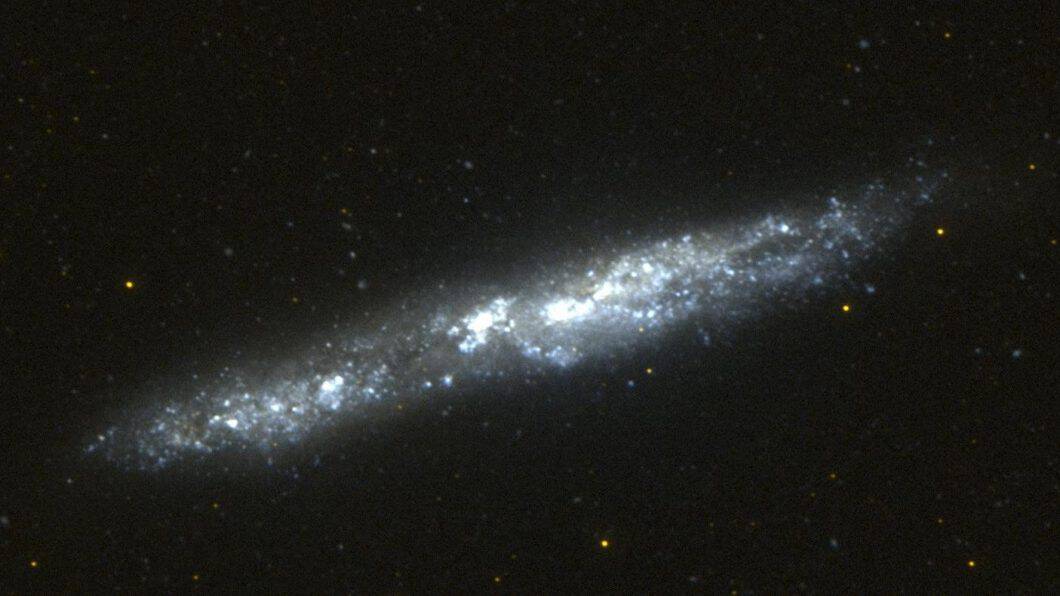 A musing on the origins of Oumuamua

As the sun grew brighter, and the days longer, I noted the temperament of those around me darken. My Father – a self-confessed recluse who watched the world through suspicious eyes – almost disappeared completely into his armchair. By sharp contrast, my Mother was chirpier than usual; baking pies, planting herbs – that grew faster than ever before, and sang hymns from her local church group while she joked and cajoled us into believing that nothing was changing.

But it was changing. Each day the sun rose, and each day it radiated more heat. Each new dawn promised a longer day than the one before it. When we reached a 29-hour day in the southern hemisphere, scientists consoled us that these things had reached their peak and that in coming months, we’d see the days shorten.

Suicides became a daily occurrence; usually the religious going first – surprising everyone. Like the priests, who would tell their flock that things were going to be just fine, then hang themselves with gold, silk belts only to be found hours later by shocked guidance-seekers. Parents left kids, kids decided the unknown afterlife was preferable to the unknown future of our planet, and medical staff just gave up on everyone else.

Except the space people. While the days sparked intense debates fueled with speculation of every kind, our aeronautical engineers, researchers and scientists looked beyond the gloomy threat of extinction to the stars, and just as the 33-hour days threw extreme temperatures at us, making us think that it was time to concede it was time to give up, they gave us an escape route.

In mere weeks, we threw together space-ready life rafts capable of accommodating 1,000 people each and with enough resources to enable expansion and growth while in space. There was no time to question the validity or the safety of these crafts; we all accepted that that there was no choice.

My family were on craft 1291, built near our town by our own townspeople, following the carefully detailed design schematics from locally sourced materials.

I don’t know who maintained a register, nor whether the optimism of our ship captain, who made my own Mother seem depressed in comparison, was uniform across the fleet, but I do know that every day, dozens of new craft fled into space with a vigour that hadn’t been seen in decades.

We left our planet behind and we went into the unknown en-masse. We took our art, we took our animals and we took as many resources as we could.

It became apparent quite quickly, that governments wanted to form and that countries wanted to lead. Everyone missed money and being able to get what they wanted by paying for it. While some of us just got on with the business of surviving and adapting to life in space, others tried to recreate our societies and our hierarchies and even a class system.

None of that worked and what ended up happening was that we broke off into smaller fleets, each going off into different directions.

Our civilization had argued for so long to have things done in a certain way that they fractured and finally got their wish in smaller numbers.

224 of our ships, comprising something around 220 thousand people, went towards Alpha Centauri and lost contact with the other groups within months as radio communications reached their maximum capabilities.

My Father grumbled while he fiddled and tinkered, extending our ability to find water, and argued with those who engineered ways to decontaminate and thaw the ice on nearby Asteroids. Others still, worked diligently to mine passing debris.

My Mother ensured her church songs would never be forgotten, while horticulturists and botanists provided her with everything they could to almost replicate her kitchen cupboards.

Our ships grew in size and so did our numbers. We built a city in space and even gave ourselves an atmosphere and gravity.

Our people continued to learn, study and observe. No matter what we thought of our original ship builders and of their original intent, we accepted that we had been given everything we needed to start again, and to prosper.

We prospered and dominated our little patch of the skies as we ventured into nothing and tried to leave behind nothing and reused everything we consumed.

There were no rules in space; no templates for which we would adhere, so it was with natural exuberance that we evolved beyond the need for our ageing bodies. We had perfectly formed robotics that were dextrous enough to perform our tasks. So, we refined, we created and we experimented and eventually, we created a sustainable body to transfer ourselves into.

Without a need for gravity and air, water and food, we became more efficient and less resource-consuming as we explored.

Decisions were made, and protocols were put in place to prevent us from over-robotocising ourselves so that we could remain as close to our original form as possible.

We prospered as time became meaningless and our requirements became pointless. Eventually, we stopped creating because we no longer needed anything.

Eons passed, and our cigar-shaped city became the only vessel we needed, and our numbers dropped in droves.

I became we as we eventually realised the unnecessary constraints of self and so we integrated more fully. We roamed, we refined, and we become a single vessel capable of anything and yet we quite happily allowed ourselves to roam however the currents of space wanted us to, except with the occasional course correction to avoid collisions.

We generally avoided interfering with other life forms where possible. But that wasn’t always possible.

Sometimes our detection systems looked for certain types of signatures or noise, or anything that resembled life from our viewpoint.

You saw us, and we realised it too late, so we quickly backed out of your solar system, but you saw us and we know that you’re confused. You live on a planet that we once inhabited and fled, which would mean something to us if we had sentiment, but we do not. We are aware that a long time has passed and that we’ve all changed a lot.

Look after our planet; it sustained us for so long, we owe it so much. We hope you appreciate it more fully than we ever could. It is the home of more than you can possibly imagine and has a history you cannot fathom.

Another Fox rambling. Constructive thoughts and comments – as always, are appreciated. If you liked this, you might like Circle in the Sand.