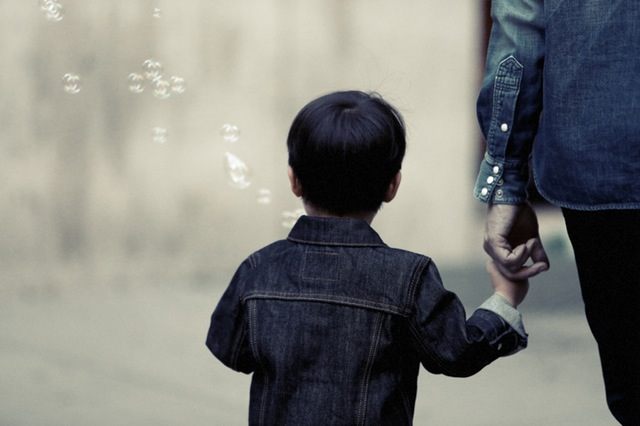 Should Parenting Require a License?

It’s none of your business whether or not your neighbor’s are bad parents. Or is it? What if you were later to discover that those people sexually abused their children? Should parenting require a license? Would it be your business then?

God is all knowing, all seeing, he is ALL

As a child, I accepted that my parents knew everything, such as why the sky is blue, what I could and couldn’t eat, whether or not it was perfectly acceptable to eat snails etc. My concept of God was indoctrinated into me to the point where I thought my parents had a direct line to God. Perhaps a little bit of paranoia began to build that I was being watched all the time.

“God is going to be angry,” I’d hear, right after I’d tried to encourage my younger sister to put her tongue on a 9 volt battery, because I wasn’t 100% convinced it was safe for me to do it myself. That night I’d lay in bed and with one eye open, trying to get a glimpse of an angry God whispering ‘tsk, tsk’ from the ceiling.

As a young child, my moral compass was adjusted because my parents tuned it. Sometimes this was with a belt or with a hard smack, at other times it was an angry look that bore deep into my soul and made me fearful. My parents ruled with fear – not the smartest tactic in today’s politically correct society, but one that did the job well enough. At no point did I ever wonder whether parenting should require a license because nothing newsworthy happened to me.

Even while I’m writing books about young wayward girls putting themselves into a vulnerable position where they are forced into prostitution, or about young boys who move to Barcelona and become bisexual male prostitutes, I never once wondered whether the parent should have been questioned on their parenting skills. Not until recently when I began to register horrific acts on the news about what’s happening to some kids in today’s very complex world.

While writing Lucy, I began to wonder if some mothers shouldn’t be, well…mothers. Lucy’s mother is a prostitute and a heavy drug user. As a young girl, Lucy is exposed to her mother’s profession and her drug habit. What kind of programming is happening to young children like Lucy when they are exposed to such things? Will she grow up to think that selling your body for money is morally ok? Will she go through her teenage years wondering if she’s attractive enough to charge money for sex? Will children like Lucy grow to believe that drug use is completely ok?

3 children, aged 12, 15 and 17 were sold for sex by a couple in the United States. At what point does it become society’s problem? If society mandated that parenting require a license, then we may have stricter controls over such depraved and unacceptable acts happening to young children and perhaps having control over either minimizing it or preventing it altogether.

Q’s life might have turned out differently if his parents had been much more clear about their acceptance of him without condition. While he grew up knowing he was loved, he couldn’t come out of the closet because he thought his parents wouldn’t accept him. Should we judge his parents for not being as supportive as we would like?

A Fine Line Between Good and Bad Parenting

There’s a very fine line between what is acceptable parenting and what is not in some cases. There’s also going to be a lot of difference of opinion on various parenting methods. Which one is right?

Anna – a 29 year old with 2 children in London, thinks that her children, aged 7 and 9 – are perfectly capable of taking themselves to school each morning while Donna – a 34 year old woman in New York and mother of 3 children, 9, 12 and 14, thinks that this is irresponsible parenting and that a good parent should shield their children from everything until they are adults and can make their own decisions.

John – 46 from Vancouver, has 2 sons, 18 and 21 and has let them watch horror movies since they were as young as 8 while Stephen, 53 from Manchester prides himself that his 25 year old daughter and 23 year old son were not exposed to any form of violence or horror until they were 18. Would either of them consider that the other parent should require a license? Who is right? Is there a wrong here or a simple case of differing views?

On debate.org, I discovered that 50% of respondents are against parental licensing, while 50% of the remainder are for it. We are truly divided in society as to what is acceptable and what is not.

The one thing we most certainly do not want to do is to create a homogenised race of identical humans. The differences between us all, around the world, should be celebrated – not feared. But there must be some kind of guideline in place to prevent our children from being used as sex slaves or given free reign to graffiti other people’s property or steal from one another or even, hurt one another.

How do we do this?

I’d love to hear your thoughts on should parenting require a license.