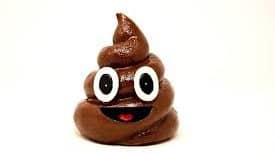 Dear this week, good riddance. And I mean it from the bottom of my heart when I say, fuck you.

Oh, and Three Uk Mobile, you can go to hell. There’s a reason why you’re voted the worst mobile network in the UK. It’s because you’re shit. Thank God I’m with GiffGaff now.

Last Thursday, while in the middle of a busy day in on business in Milan, Three suspended my account.

No phone call.
No Text.
No warning.
Just cut off.
Hours and hours and hours of trying to connect with and get information from Three in Italy and I finally discovered that I was suspended and the operators, who spoke English as an 11th language, advised that they thought it was because of inappropriate use of their services.

What the actual…FUCK? Needless to say, I’m gobsmacked. And every attempt to argue and plead with them leads to them telling me that this particular ban, is for life.

I can’t get another Sim until I’m in London, which was 6 days later – WITHOUT A MOBILE PHONE. Let me just point out that my number is on my email signatures and I’m a busy person and I started getting emails from people letting me know that my number didn’t work. You don’t say, Bob.

I got back to London on Wednesday, got myself a new GiffGaff Sim and asked Three for a PAC code so I could move over to GiffGaff.
They said I’d have to wait 24 hours.
24 hours later, 48 hours. Then …
It’s clear the games have begun. Three are holding my number for ransom. They won’t let me be a customer and they won’t let me go elsewhere. Even though they legally must release my number and give me a PAC code within 2 hours, they haven’t. That’s now gone to court and of course I’ll win, but why would they waste my time like this?

Meanwhile, over the past few months, I’ve had this weird stomach thing that turned out to be Leaky Gut. What that means is you need to rebuild your good stomach bacteria pretty quickly. So I’ve been on a tangent of eating all the good food and staying away from shit. Well, apparently that’s not such a good thing.

You see, trying to get probiotics or good bacteria into your lower gut is actually really difficult. Most of what you digest gets ruined by stomach acids and apparently there’s an easier way.

Ready? The fastest way to get really healthy, good lower stomach bacteria into your lower gut is… by getting a poo transplant. When my health practitioner suggested this, I told her it was shit and no way.

I went home and did some thorough research (Googling through two different browsers) and discovered that it was in fact true. I called a close Kiwi friend in Australia, who knows about this shit and asked a few questions. She gave me lots of advice on the poo transplant viability and methods of getting good bacteria into the lower intestine and in return, I helped her with some IT stuff. She mentioned that there were real concerns in Australia over privacy on the new broadband that had been rolled out and that people were reporting their phone was listening to them. I told her it was also happening in the UK. The amount of time that I’ve discussed doing something with my partner, and suddenly a relevant ad comes up on my social media feed.

So now I think I know what happened with Three UK Mobile. They were spying on me, heard I was looking to have someone else’s shit shoved in and banned me for life. It’s literally the only reason I can think of that they’d suspend me.

Btw, If you’re having problems with Three UK, go to Ofcom or the Ombudsman. They’ve been fined many times and are super helpful and will happily help you get justice.