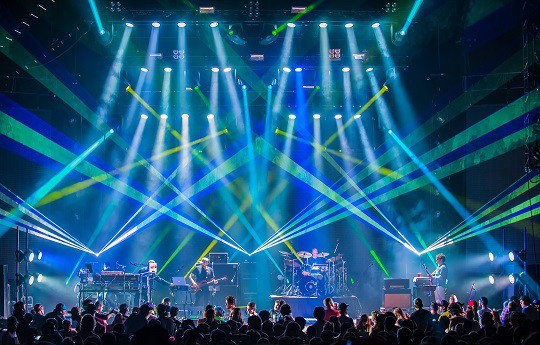 Glitz, Glamor and Candy for your Ears

Teenagers are sexually growing beings who obsess over something that gives them escapism. Some people love to read, others get lost in a movie or a TV series, while others, while away the time obsessing over their favorite artists – including Pop Singers. Fans of science will be ‘nerdy’ and follow all things scientific, while thousands of other areas will attract everyone else. There are categories that aren’t invented yet, which your kids are probably going to love. That’s if Trump doesn’t destroy our world.

There’s crossovers too, you might like science but also dance to the tunes of Britney Spears in the privacy of your bedroom while Einstein wannabe’s might escape for the weekend into Star Trek Generation’s Box Set on DVD.

It’s all about escapism. When you view today’s Pop Singers – who represent the most idealistic lifestyle to a whole generation of teenagers – you cannot help but escape into their world for a few minutes and wonder what it must be like. Because, let’s face it, 99-point-something percent of the population will never know what it’s going to be like.

Pop Singers have to be attractive to their audience, which means they’ll need to be ahead of the game in terms of fashion, styles of music, image, choreography and so much more.

As the world gets more and more complex, more and more of us want to escape into an alternate reality, even if it’s just for a few minutes. We view the world of these superhuman creatures who live such phenominal lifestyles as almost within reach, yet…so out of reach.

Without publicity, Pop Singers wouldn’t have much of an audience.

In the 40’s, you had to settle for a magazine, newspaper or radio to bring you news of your favorite Pop Singers.

In the 50’s, television helped with weekend shows designed to bring your favorite Pop Singers into your lounge room, for those that could afford them.

In the 60’s and 70’s, live concerts became a more financially viable option, in addition to more music programs on television as well as the already popular mediums of television and radio, magazines and newspapers.

During the 80’s televisions improved the quality of broadcasts and presented better sound along with a new media format called – Music Videos, which changed the landscape completely. Portable walkmans meant you could listen to music whenever you wanted. You could carry your Pop Singers music, in your pocket.

By the 90’s, the internet gave you direct access to your favorite Pop Singers via the internet and live streaming from your computer or laptop.

From 2000 and to more recent times, you can view anything you want – including news, videos, up-to-the-minute updates from your favorite Pop Singers on social media from your phone or tablet. Did Madonna just go to the toilet? Find out on Twitter. Are Oasis trying to make a come back? Google is your friend. What did Pink’s concert look like last night? Instagram will show you.

We live in an age where adoration of Pop Singers is not just acceptable, but encouraged and catered for. It’s made so easy for us that we can get access to all the information (including all that leaked stuff) immediately thanks to the internet and social media.

Pop Singers today, rely on publicity to reach their fans and help maximize sales. There’s nothing like the enormous publicity that is generated from a good scandal to help ensure sales will rise.

Nothing can compare to that moment, when you plug your earphones in and watch and listen to that bubble gum delicious and colorful candy for your ears new song that just got released and it’s…gooooood. No, it’s fantastic! It connects with you, it talks directly to you and sometimes makes you feel as though that Pop Singer wrote it just for you.

Delivering candy for your ears is what the business of Pop Singers is all about. But it doesn’t stop just there. Getting that perfect tune together that really does replicate candy for the ears, takes enormous effort. With teenager tastes changing almost daily, you’ve got to know your audience and what they want. Coming up with that perfect melody, the lyrics that speak directly to your audience and a visual accompanying video to show them visual candy, is an art form in itself.

The Evolution of Pop Singers

The allure of the lifestyles of those rich and famous Pop Singers is strong. It calls to so many and so loudly. There are several hundred thousand hopeful wannabe Pop Singers in the world who are desperately trying to build their own following and generate their own buzz.

Traditionally, we’ve had Pop Singers prepared, tutored, polished, furnished and presented all in one nicely gift wrapped package by Sony-Warners-BMG etc music company. These companies have learned the lessons on what sells and what teenagers want. They listen, they go online and continually learn what it is that will cater to them.

Coming up with the new Britney Spears or Lady Gaga or The Beatles isn’t easy, it takes a lot of marketing, publicity, risk and above all else, talent.

I’ve spent the last few months living a lifestyle that 99.something of the world can only dream of while I created Lucy Adams.

A young, 17 year old girl is discovered by accident in New York City and literally overnight, she’s the newest sensation. She’s the American Dream and sings like an angel. She’s cool, she’s humble and she’s fun; with songs she’s written herself, that millions identify with. Her voice is on par with Mariah Carey or Whitney Houston’s while her image is as innocent as Mother Theresa’s. With an allure that’s indefinable, and a past that’s fascinating – Lucy Adams is the latest in a long line of Pop Singers that’s here to stay.

The book takes you from her early beginnings – as a 13 year old girl in a small country town, to her life in an orphanage, followed by a foster home with her carer. When a chance meeting exposes her to the ears of Opium Records’ Music Manager, a mind-blowing explosion onto the music scene is what’s in store for her.

By the time she’s 18, she’s the most famous person in the world, with the highest record sales in history.

My most exciting book to date and one that explores the inside life of Pop Singers with no holding back.