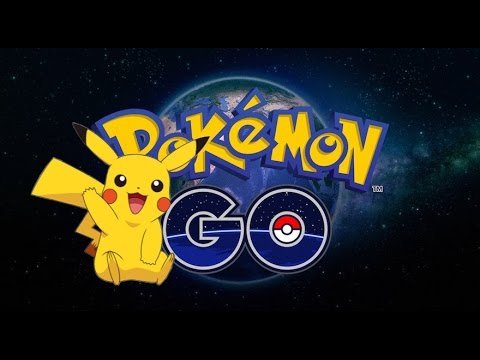 Here’s a fun way to make lots of enemies around the world in one day, bring down PokemonGo – the new smartphone game that’s literally taken the world by storm. There could be far worse things than the PokemonGo hacked incident, but let’s be honest, when something that brings so much enjoyment to hundreds of millions gets taken away by a pathetic group, it simply shows that they are complete and utter fucktards. Congratulations Poodle Corp, you ransacked the pram and took the candy off the kid. I hope you’re really proud of yourselves.

A group calling themselves ‘poodlecorp’ have successfully performed a DDoS attack on PokemonGo servers. This happened on Saturday the 16th of July and was a big deal. Especially when you consider that it is owned by Niantic, a company created by Google in 2015. Google, who practically changed the way we use the internet and take security very seriously, were a little shocked to see PokemonGo Hacked.

In London, as I walked around in parks while playing the new augmented reality game by Niantic, I witnessed all ages talking to one another excitedly while playing the game. This level of comraderie by all ages, in public parks is probably something that hasn’t happened since the middle ages.

Then there’s the haters – oh boy – the fun police are out in droves. “There’s kids running around with their smartphones having fun! We MUST stop them,” they cry on social media, public parks, into echoing toilet bowls – wherever they can be heard really.

I’ve read the most outrageously hilarious comments on social media, about people walking into rivers, finding dead bodies, walking into police stations and jewish war memorials, trespassing onto public property and even through graveyards. It’s not so much the events that are funny, it’s the way people react to them. But most importantly, you’re labelling every PokemonGo player with the same brush. That woman who fell into a river, probably voted for Brexit. That guy who walked into a police station looking for Pikachu, was probably 9 years old.

“People have become pathetic walking zombies,” shouted a twitterer, to which there were no likes or retweets. “These idiots are walking into traffic,” “young children are sneaking out of the house,” or “adults are crying because of the PokemonGo hacked scandal,” seriously?

Next time I see you walking around a foreign area with your smartphone out while using the GPS to find your way around, I’ll call you a pathetic walking zombie. Or the next time I see you at the gym, spending half an hour fiddling with your smartphone – then doing 15 minutes of exercise, I’ll call you a pathetic stagnant zombie. Or, if I see you, in the park, by the lake, criticizing someone because they’re dangerously close to the water, I’ll push you in myself.

Shut the fuck up and don’t play it. Simple.

PokemonGo is an augmented reality game. It is a technology that superimposes a computer-generated image on a user’s view of the real world, thus providing a composite view.

Right now, it’s just PokemonGo, however, you can bet your freshly sodden socks that it’s not going to be the last. People love their technology and PokemonGo might not be your thing, but when you can do a virtual yoga in a park, or play Matrix as you walk along, some will laugh at you.

So, get over the whole “I hate PokemonGo” thing. Next year, it will be something else. Live and let live and understand, that it might not be your cup of tea, but it sure as shit is someone else’s. Stop being the ‘fun police’ and start acting a little more human, respectful and courteous.

Hopefully the PokemonGo Hacked incident is finished with, and ridiculous companies like Poodle Corp will find better uses with their overly abundant time.

So, well done Google/Niantic for creating a pretty cool game. However, in future, please iron out all the bugs first before releasing it on hundreds of millions of people worldwide and work on securing the ever-crashing servers from another PokemonGo hacked incident.

Oh and fuck you Poodle Corp. Really, get a life.

By the way, does anyone else read PokemonGo as Poke mongo?