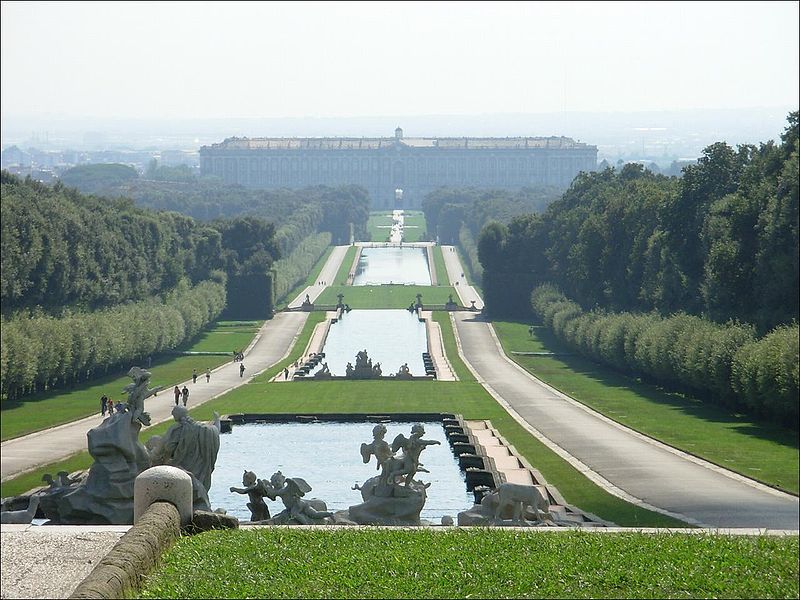 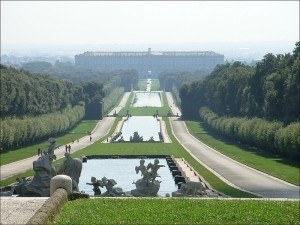 WOW. What an interesting few weeks it has been since I first wrote Australian Permesso Di Soggiorno Part One.

I’m living in Florence – a great first choice to slowly acclimatize yourself to the Italian way of life because it’s tourist friendly and a lot more English is spoken here.

The mistake I first made was believing I was a true Italian when I first came here. I was born in Caserta, Naples and moved to Australia at the age of 7. I grew up in a very Italian household and tried to keep up my Italian language skills. But life gets in the way and somewhere along the way, I forgot how to speak it fluently. I didn’t realise how much until I’m talking to a local and find myself describing something in the most roundabout way while they shift uncomfortably from left foot to right foot while I eventually get out my meaning. Or I might have told them I think their dog looks tasty, it’s hard to tell. At the end of this blog I’ll tell you why I don’t think I’m as Italian as I first thought.

A few days ago, I decided it was time to go and visit family in Caserta that I haven’t seen in over 23 years. We took the train from Florence to Naples and then changed immediately to the 40 minute train to Caserta – Via Averso.

The first thing I saw on Via Aquaviva was my childhood home which bought a tear to my eyes. Memories came flooding back that I cannot even begin to describe. Because I’m not mostly estranged from my immediate family in Australia, having sudden flashbacks of much happier times with my parents and sisters in that house and in that neighborhood was overwhelming.

The Journey to Naples and Caserta 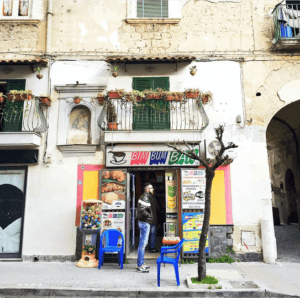 My friend Nardia – who is a writer for Lost in Florence – and I decided on a hotel on Via Aquaviva which turned out to be one of the highlights. It also turned out to be right next door to my cousin’s apartment. A cousin that was a little boy when I left Italy and a man I didn’t recognise the next day, but I digress.

After some amazing pizza on Via Aquaviva, we explored the La Reggia and Caserta central and were pleasantly surprised by the number of modern and upbeat bars, cafes and restaurants in the hub of this great town.

The next morning, my aunt and uncle came to pick me up. Yes they’d changed, but I recognised them straight away. As we hugged – and my cheeks were squeezed – there were tears. Lots of them. Lots of catching up and lots of me hoping I understood everything correctly. The Naples region dialect is really something else.

Immediately we went to the Commune in Caserta and asked for my birth certificate. Within minutes, an extract was verified and stamped and given to me and all they wanted was a donation. As I walked out, I realised it was a Certificato di Baptismo – Certificate of Baptism. In Italy, this is a legal document that should be as good as my birth certificate. I’ll find out soon enough when I go to my appointment two for the Permesso Di Soggiorno process on the 23rd of February.

After a long day of family reunions, followed by a big night of dinner and sweets and wine, we were all exhausted. It was clear that we couldn’t possibly catch up on a lifetime’s adventures in one day. We made arrangements for me to visit at Easter time. I left emotionally charged. I’d just seen fathers and mothers who were previously children themselves when I’d last seen them along with aged uncles and aunties. It was something else.

I also noted that in just a few hours, my Italian skills had improved dramatically. I doubt I was succinct and clear in my conversation but I was almost certain I wasn’t telling everyone to fuck off as I smiled, waved and walked out the door.

The Driving Laws in Naples are Different

Before we headed back to Florence, we stayed in Naples for one night and a day as Nardia hadn’t been there before. I have to make an observation about Naples which I find worthy to note.

There are laws on this planet which do not apply in Naples. You drive at your own peril.

Where do you park in Naples? Wherever you fucking want.

What do you do when you find yourself on a zebra crossing in Naples? Run for your life. I mean it. RUN. Get off it.

At one point, as Nardia and I tentatively began crossing a zebra crossing, a car drove right at us and beeped to warn us it had no intention of stopping. I’m still laughing about that.

We did not find a single car in Naples that wasn’t dented, scratched or looked like it had previously been used as a rally car.

While I know I’ve gone from Permesso Di Soggiorno Part Two to an account of my visit to Naples and Caserta, it is truly related. I feel that for me, reacquainting myself with family and my former stomping ground is probably a big part of the journey.

Finally, I mentioned in the beginning of this Permesso Di Soggiorno Part Two that I realised I wasn’t anywhere near as Italian as I thought. That is true and I will point out what I’ve noticed after living here.

Italian men do not let go of their mother’s apron strings until they’ve met the woman they will marry and only then, once mama has approved the match will the son let go and embrace the new woman. If you’re a foreigner wanting to meet an Italian man, be warned. It is very different from outside of Europe.

The Way of Life in Italy is Very Different

Italians are very family focused and close knit. Blood comes first and is far more important than money or possessions. While this is present in other countries, it is on another scale in Italy that is difficult to explain.

Food is something to be shared and enjoyed. If there’s a McDonald’s in a train station or near major tourist attractions it is for the tourists. It is extremely rare for an Italian to eat fast food. Chinese take-away is literally non-existent. Italians will sit with family or friends or both and eat together, never in a fast food outlet alone.

Anyway, talk about waffling… So, today I had my appointment with the Questura – second appointment that is – at 8:52am. Don’t let the specific time fool you, I waited an hour for sportello 14 and had to fight off a Chinese girl, a Middle-Eastern guy and gave up and let an Indian nun push in ahead of me. Once I’d had my fingerprints done, some signatures etc.. I was told to move to a door to the far left. I stood at that door for 4 hours before my number was finally called.

Finally, I got further fingerprints, hand prints – WTF – and more fingerprints and more paperwork which meant very little. I was told that in about 2 months I’d be sent a text with the availability of my Permesso Di Soggiorno Part Two. There’s also a website you can check to see whether it’s ready. It’s on the form you are given along with your username.

Because I’m also applying for Italian Citizenship at the same time, I was also told by the friendly Immigration officer that I can now go to the Commune and lodge my application there. Let’s say I’m even more confused now as I have no idea why I’m simultaneously applying for a Permission to Stay and also Citizenship. I’m not sure the Italians do either but I’m going down this rabbit hole to see where it goes. After all, what’s the worst that can happen? Right?

Tune in for Part three coming sometime soon which might be my update on Citizenship.

Thanks for reading my take on Permesso Di Soggiorno Part Two.

If you haven’t already, please check out my Instagram for some interesting Monique on tour pics… 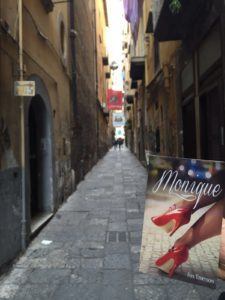