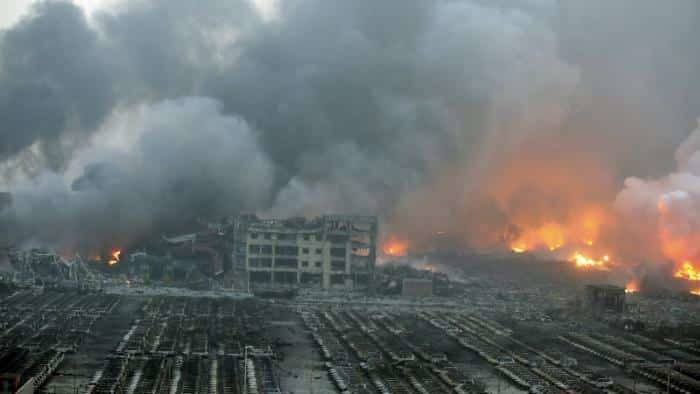 People Seem to be Getting Grumpier

“Is it just me or are people getting grumpier?”

“No, in general. Don’t you notice it too? Over the years it seems that people seem much more…snappy. Like they go from ok to ticked off in the blink of an eye. People seem to be getting grumpier.”

I sat back and studied her, trying to decipher the message. She picked at her salad and put small mouth-fulls into her mouth and over-chewed everything.

“What? I don’t swallow anything until it’s paste. And don’t change the topic. So, can’t you see it too?”

My own not-so-healthy Shepherds Pie had disappeared long before she’d even started pecking at her salad. I looked past her as two young girls walked in, both of them laughing.

“No, in fact two girls just walked in and they seem pretty happy to me.”

She rolled her eyes and decided to focus on the salad. Perhaps she’d decided that today she might actually finish eating lunch before dinner-time.

It wasn’t the cafe, which with it’s almost too-sterile decor made me think of hospital waiting rooms. It hadn’t been my choice, regardless of how many assurances she’d given me that it was the ‘in’ place to be seen this week. The white walls with sparse and drab artwork made me feel a little bleak. In her defense, the conversation did seem to fit in.

She stopped chewing – apparently having decided that the last mouth-full she’d been chewing for almost an hour was ready to swallow and added, “People seem to be getting grumpier, I know you must have noticed too. You’ve said a few times how people seem in such a hurry these days and nobody seems to be genuinely happy.”

“Hey! Wait up! I remember that conversation but I did not say people seem to be unhappy. I never said that!”

She resumed her slow-motion lift of the fork with some crumbs on it. Just as she was about to open her mouth and slowly insert it in, she stopped. She gave me a dead-pan look and quickly put the fork down.

“Come on! At work, on the train, at the gym, at cafes. I know you’ve noticed it, work with me here. People seem to be getting grumpier.”

“Just cos you repeat it several times, doesn’t make it more real. Maybe in your own head. If that’s what you’re trying to do that is, cement the thought deeper into your head.”

That did the trick, suddenly the fork was off the plate in a speedy twenty-five seconds and moved to her mouth at an even slower rate. She chewed the crumbs as my legs began to tap impatiently and without conscious thought.

“Ok, ok. I do admit. I might have noticed it a little bit. Especially at work, I do notice people seem impatient all the time. There’s a lot more bitching going on and emails are always snappy these days. But then we’re living in tough economic times and I think a lot of people are working on lower salaries and maybe even jobs they don’t want to be doing. Maybe that’s what we’re seeing.”

“See?” she said before attacking a few more crumbs. She was almost halfway through her salad and I wondered if I should help her finish it. After all, isn’t that what friends do?

“I’ll have a think on it and get back to you on that one. How’s Ronnie going anyway? How’s the new job?”

My timing wasn’t the best because she’d almost put another mouth-full into her mouth but then stopped as I asked her that. Without intending to, I tuned out and thought about her comments. Were people getting grumpier? I scanned the cafe and noticed for the first time that other than the two girls who’d entered, the rest of the customers were somber. I watched an older lady whisper conspiratorially over to a slightly younger one and realised she was bitching. The hand to the side of her mouth giving the impression the person might have been to her right. At a quick count, I decided that there were possibly twenty people in the cafe and quickly realised that other than the two girls who’d walked in laughing, nobody else was. Nearly every table held captive a grim-looking topic. A joke popped into my head about this potentially being a funeral service.

“You were miles away! You didn’t hear a word I said did you?”

Lies were about to escape my mouth which were frozen by her look. Big blue eyes; kind eyes, the eyes of a long-term friend were staring at me. A pregnant and definitely glowing friend. Her dark hair framed an almost-flawless and natural looking, round face. She knew I was about to lie to her and was mentally rolling up her sleeves. I could tell so I didn’t bother. Another tactic sprang to mind. After all, I had learned in my years to never piss a pregnant woman off.

“I think you might be onto something. Maybe people seem to be getting grumpier the more I think about it. Yeah…Ok, I can see it now. I’m starting to realise this has been going on for quite some time.”

She didn’t buy it, but she was pacified enough to let it slide. Besides, she probably realised that a whole half-a-salad was waiting to be eaten. I decided to start talking and give her less opportunity to, just so we could eventually leave the cafe and move onto more interesting things like shopping.

As I opened my mouth to start, a loud explosion nearby jolted us. The ground shook and glass and cutlery fell off the shelves and tables all around us. Someone in the kitchen nearby we couldn’t see must have had an accident, we heard a crash and some screaming from there. But that wasn’t the source of the explosion. The explosion had come from somewhere outside. She turned around and looked and screamed as she involuntarily pushed the table forward into me. I barely noticed as I saw it too.

Everything went deathly quiet as every single head in the cafe looked outside and saw what we saw too.

End of Part One

You can read the sequel here People Seem to be Getting Grumpier Part 2. 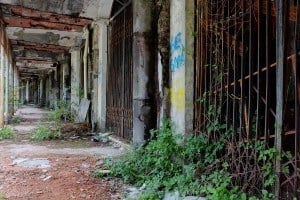 Fox Emerson is the author of Monique – Out now on Amazon