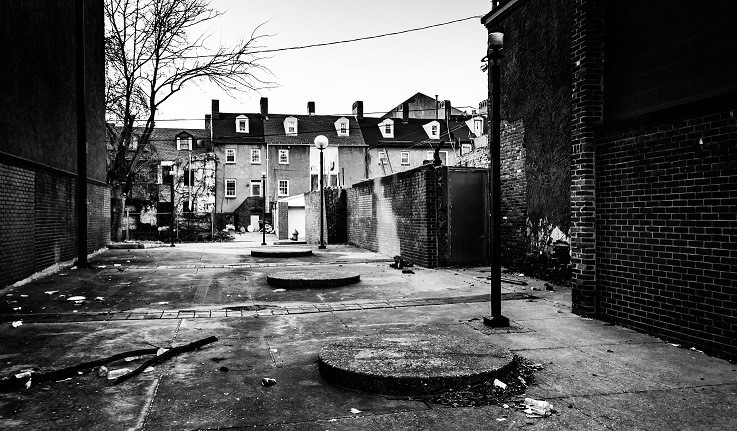 People Seem to be Getting Grumpier Part Four

In case you missed it, People Seem to be Getting Grumpier Part One started…I don’t know, a few weeks ago. Back up and read that first here or this won’t make any sense to you.

One of them must have been behind the main door to the kitchen we had just rushed through. Something pushed into me from behind, just as we heard a shrill scream. As I spun to see what had pushed me – hands automatically adopting a karate punch mode – I saw one of the women who had been in the cafe being pulled aside by the doorway zombie wearing a blood-stained apron. Her scream was pointless, the cook-zombie pulled her head back and bought his teeth down hard and took a big bite out of her neck. Blood spurted everywhere. As the other women poured in from the cafe, they all saw the scene and began to back out, back towards the cafe. Like dominoes, they pushed back into each other until I could just make out the last one falling.

Other zombies who had previously been eating people on the floor, suddenly thought we all looked tastier because they simultaneously stopped and jumped up and began to rush towards us.
I had seconds – probably less – to come up with a plan or I knew we were about to be the main course. To my left – slightly behind me – was a large, walk-in freezer. Thinking quickly, I grabbed Monique and pushed her in front of me, not as protection, but because I knew she would be too slow to react on her own. As she nearly hit the freezer, I opened the latch and pushed her inside ahead of me. As I rounded the door, ready to enter, I looked towards the doorway and saw that most of the other women were trapped. Zombies descended on them too quickly for them to move. I saw their wild eyes – filled with panic – desperately looking around for help. One of them locked eyes with me for a second and they pleaded with me for help. Even though I knew there was nothing I could do, I still felt guilty. Two other women managed to get away from the door and ran towards me. A third tried but at the last moment, was sideswiped by a zombie; pushing her to the floor. He was all over her within seconds.

The two women came at me and I pushed the freezer door open wider and let them in. As soon as I realised there was no way for the others to come in, I jumped into the freezer and pulled the door shut. There was no lock inside, but I did notice a latch that I could pin to the handle, which I did.

We all shrunk back away from the door and suddenly realised that not only was it freezing in the freezer, but it was also so well sound-proofed that we couldn’t hear anything that was going on out in the kitchen.

For the first few minutes, all I could hear was the three women’s heavy-breathing; including my own. As we calmed a little, we were able to make out some sounds from outside. We heard moaning and softer sounds; perhaps the sound of eating. It was impossible to tell. There were definitely no screams.

Monique looked calmer than she had earlier, though her eyes were wild and she continuously had one hand on her chest and the other on her belly.

“Yeah, what the fuck is going on?” as if I could possibly know.

The other women looked at me too then, as though I might actually be withholding some information vital to our escape plan. I shook my head at them.

“Well, one thing’s for sure…” I began, as my own breathing finally got under control, “you were right about one thing. People Seem to be Getting Grumpier!” Not that I expected much of a reaction to my dull stab at humour, but I was a little disappointed with the blank look by both Monique and the other two women.

It dawned on me that none of us were wearing jackets and the freezer was…well, it was freezing.

“Now what?” the voice was one of the women, but the question represented what they were all thinking. Whether it was because I was the only guy or because it had been my idea to run to the freezer, it was clear the expectations were that I was going to get them out. I looked around the freezer and noticed the stacks of food all around us. Mostly meat, but also vegetables and fruits as well as containers with pre-made foods.

I thought long and hard before providing them with an answer. The events of the past hour had taken it’s toll and I was exhausted and unable to focus on simple things as thoughts. My body was in fight or flight mode. Currently on Flight mode. Or rather, hiding.