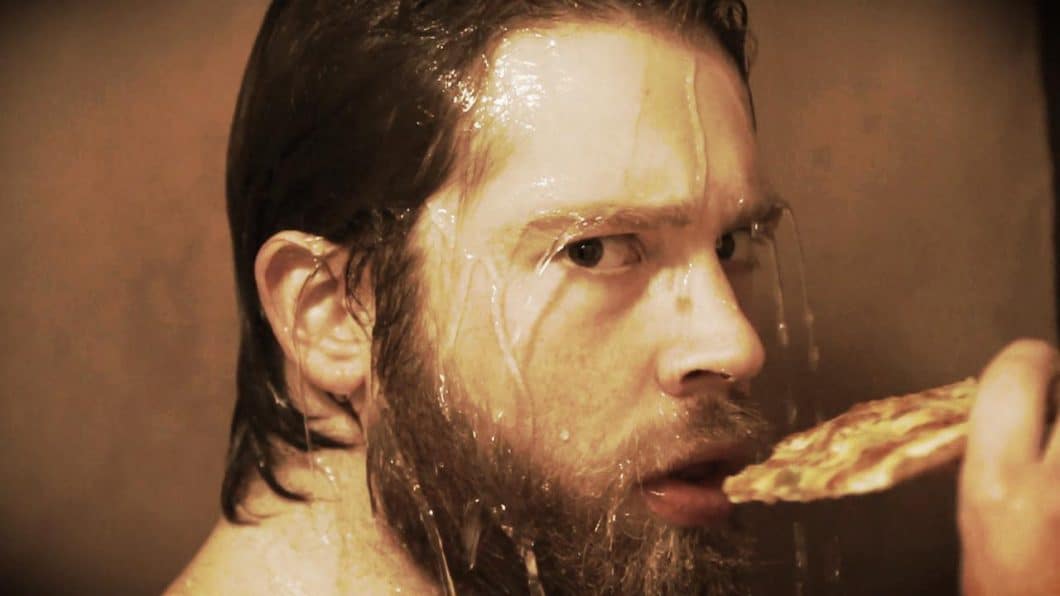 This week, I’ve thought about time travel and inter-dimensional space and time, only because I’ve wanted to put my hand through it, reach into the past, and fucking slap the goddamn shit out of my stupid-ass face. But we can’t go back in time can we? And when we have regrets, we can’t erase our actions, words, thoughts, nocturnal eating habits etc…

3 nights ago, just because my brain sometimes remembers useless facts at 2am and then I find it inexplicably difficult to return to that wonderful void that we often call sleep, I woke up and eventually gave up on this elusive sleep business. I then decided to take a hot shower. For a bit of context here, I want to point out that I’d had a bout of depression that had hit for several days and it often hit at stupid-o’clock.

As I got up, I realised I’d skipped dinner and the forlorn cupboard contents required a motivation for cooking that I simply couldn’t muster. I did what all self-respecting people do when they’re hungry at 2am, I ordered pizza. The app timer said 20 minutes, so I pottered about and picked up strewn clothes and was about to jump in the shower when I heard the doorbell ring. The pizza had arrived 9 minutes early. I guess not that many other hungry pizza lovers fancied pizza at 2am on a Thursday night. I put the hot pizza box on the closed toilet seat and stepped into the hot shower.

I looked longingly at this pizza as the hot water washed over me and for some strange reason I cannot understand, I leaned over and opened the box and took out one of the smaller pieces. The water ran down my back as I took a bite of this pizza. My diet had consisted of pasta, pizza and croissants for about 3 days and I’d drank my body weight in alcohol for consecutive days because I refuse to accept that alcohol is a depressant. I’d also worked from home and hardly had any contact with the outside world. I realised that I was incredibly lonely. I was sad and I craved human interaction. A wave of self-pity washed over me and I started crying. As soon as I heard the sound of my first sob, my body just let go and I dropped to a sitting position on the tiles, while I sobbed loudly and balanced the slice of pizza on my leg.

I’d just managed to combine two of my favourite hobbies that even I, with my creative spurts, could never have imagined.

Somehow, with mostly uneaten pizza sitting on my toilet, I dried myself and went back to bed. Eventually, I did sleep and I don’t remember if I had any dreams, which is probably a good thing as I can only imagine that they might have been about shitting pizza.

Somehow, I woke up with this spell of depression having evaporated and after a long phone conversation with a friend, popped out to get some decent, fresh food and pick up my dry-cleaning.

I walked down the street and kind of realised too late that I’d left the house in my really baggy jogging bottoms and raggedy jumper and sneakers. I think I passed a hobo who looked better dressed than me so I gave him a euro as a sort of, “well done, buddy” gesture.

As I rounded the corner, I bumped into an acquaintance, who invited me over for a coffee. He worked for Campari and worked from home Fridays. We had a laugh and I felt my spirits lift even further. Especially when he invited me to a party that same night. He then told me he’d had an event the night before and was left with far too many bottles of Campari. He gave me a large bottle and insisted I could take two. I took one. I left, still looking like a hobo, but one with slightly better alcohol taste and ignored the worrisome and troubling looks of the locals. I happily walked my bottle to the dry-cleaners and into a brighter day, knowing that if all else failed that night, I’d have a date with my bottle of Campari.