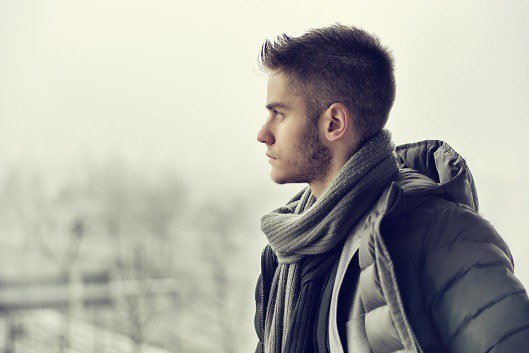 The Life of Q

This latest gay book – not because I write gay books exclusively, but because I started on the theme and have to finish what I started – is out in a few days. After a relatively successful response for A Boy Called Q – my free short story ebook which was released in July – I was compelled to write an alternate reality for Q.

In A Boy Called Q, the main character – Quebec – finds that after a magical, sexual encounter with another man, he’s overcome with shame, remorse and self-disgust. I’m aware that it’s too common for younger men and women to feel this way after their first time. The process of coming out can be so difficult for some that the only viable option they feel at the time is to end it all. Broaching the topic of suicide in a book is a tough thing to deal with. Many of us prefer to pretend that it isn’t happening. Yet, in A Boy Called Q, I did broach this topic. The response from readers was strong and emotional. Nobody wanted Q to make the choices that he did. Not even me and I created the damn guy!

Why I Wrote The Life of Q

At some point, both during and after writing this free short story, which was my latest gay book at the time, I realised that I was unhappy with Q’s decision. Some stories just don’t feel right when they end a certain way. Within days of finishing Q, I began to receive some interesting feedback. I liked reading that the book was well-written, but I didn’t like reading that readers were upset by the ending. Especially when I felt the same way about Q’s decision. Straight away, I began to feel that his story could be different.

The Life of Q is that sequel that literally wrote itself. It’s this weird thing – and I really don’t care if you don’t believe me when I tell you this – that while I began to think about what else he could have done, it started to write itself. I had begun to write a new book about an act of terrorism, in which a man becomes a hero in The Peace Ambassador and wanted to concentrate on this exciting new project. Instead, every time I began to write, Q’s story would come out instead. During the initial scene in The Peace Ambassador, where the terrorists open fire on a number of innocent people, Q suddenly appeared and I had this WTF moment. What the hell is he doing here? No matter what I did, Q kept appearing and no matter how many times I tried to erase him, he would continually reappear. I didn’t delete what I wrote, I simply cut and paste it into a separate document.

A Sequel is Born

Within days, instead of continuing with The Peace Ambassador, I was writing my latest gay book about Q. In fact, within a week, I had written the entire story of what really happened to Q and it felt like an alternate reality. I’ve probably pigeon-holed myself as a writer of gay fiction – which doesn’t phase me in the slightest, because it’s an interesting topic and one that forces you to think more deeply about the plight of many. One day it won’t even be a question; are you gay or are you straight or are you bi? Who gives a fuck – you’re human.

Suicide is a sad reality and the numbers of gay related suicides are staggering. We should not be living in a world where people turn a blind eye to an ongoing problem that isn’t abating. There needs to be better support, more information and counselling for those who aren’t sure and a general understanding that nobody should feel that their only choice is to die. When I first wrote A Boy Called Q, I had no intention of it becoming the latest gay book. In fact, Q was supposed to be about a school-friend and a rather easy read about his coming out concerns and how difficult that choice must seem to many.

Jackie is a compassionate woman who is deeply affected by Q’s decision because of her own past and how close to home it is for her. When Q contacts her for help, she realises that it’s too late; his decision has been made and he’s seeking comfort in his final moments. I love Jackie, in fact, most readers have commented that Jackie is an even greater character than Q himself and seems to embody the qualities of that nurturing woman we all wish we could turn to when things go wrong. Jackie takes an even bigger role in The Life of Q, which is in fact the latest gay book and I promise, that’s it. No more latest gay books. The story ends there and from what the editors and beta readers have said, it’s a good final ending.

My latest gay book is the completion of a story that went from really shit, to really good. Q’s decision was changed and I won’t tell you how exactly, because that would spoil one of the best aspects of the book. But I will tell you that even though the heart-wrenching decision Q made, had us all feel sad at the beginning of the free short story, the continuation completely changes that and makes us happier to have read the rest of his story.

When I say that the book wrote itself, I mean that. Perhaps Q is real and took hold of my hands and began to type. Or perhaps I’ve just got a really big fucking imagination. Either way, the story is done. It’s finished and I’m glad I wrote it. Some topics are difficult to write about and this one was definitely tough. There won’t be a sequel to, ever. Q’s story got told in this latest gay book.

I hope you enjoy it. It’s a big journey writing the latest gay book and opening yourself up to being judged, but one that I’ll gladly do again because it’s a good story and one I hope I’ve done well. I’m always happy to hear your thoughts. Just please be gentle. Writing a book is like giving birth and if you say my baby is ugly, I’ll take it to heart.