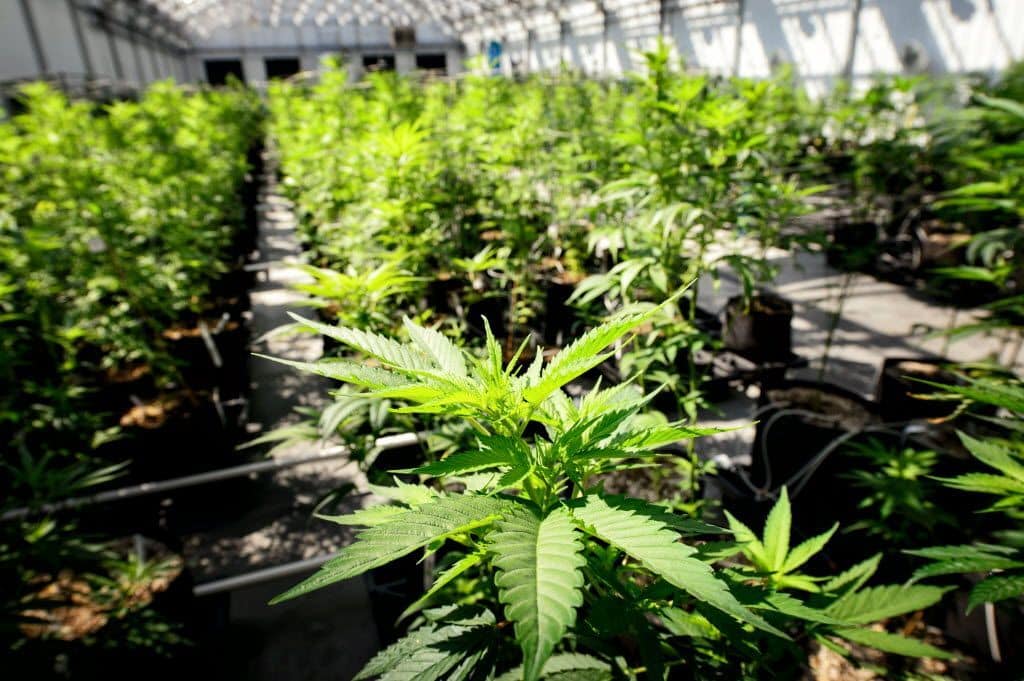 Is Cannabis Oil a Cancer Cure or Hype?

When a loved one’s life hangs in the balance, we want any cancer cure

Because you, or someone you know has cancer or you’ve simply heard the marijuana hype and now you’re wondering if there’s a cancer cure in cannabis oil. I know, I am one of those people who desperately wants to believe that Big Pharma is hiding a cancer cure to profit from it and there are many who are suppressing information about a potential cancer cure for any number of insidious reasons.

I’ve tried so hard to shove a square peg into a round hole and make the answer fit my question.

For those of you who have read the book, this is devastating news. Monique got diagnosed with lung cancer a few weeks ago – a friend of mine whose life I crammed into a book. So I did what most people do, I rolled up my sleeves and I went into private investigator mode and started sniffing around – determined to find the holy grail of hidden cures, prepared to wade through the bullshit and seek the truth.

There’s a fairly simple process of making your own cannabis oil, which I haven’t bothered to learn because it’s as easy to learn as to make your own bomb. You may have heard of Rick Simpson’s Oil – a guy who is so sure that this oil cures cancer that he offered it free to anyone who wants to try it. Unfortunately, there’s no documented evidence of anyone being cured solely by it. We’ll talk about that shortly.

There are many, many people who know someone that has been cured with cancer with alternative therapies. There are even more stories online about people who have beaten cancer than those who succumbed to it.

The very harsh reality is that there’s no magic bullet.

Cannabis oil has been tested in petri dishes and mice and has been found to have anti-cancer properties and in some instances, shrink the tumours. That’s great news – that means, we’re on the right track. But we are not mice and we do not operate the same way mice do. And what happens in a petri dish, doesn’t translate to what happens in humans often enough. Much research needs to be done. We’re getting there, but there’s no documented evidence that cannabis oil cures cancer.

But I Want to be a Guinea Pig Now!

Sure, go for it. There’s nothing stopping you from suggesting to whoever it is that has cancer, to try this for this purpose. Just don’t make this the only therapy.

Cannabis oil has been proven in humans to alleviate suffering, to promote appetite amongst many other side-effects which is wonderful. It has great uses as a companion to traditional medicine.

If you happen to take cannabis oil and no other therapy – such as chemotherapy or radiotherapy – and it completely cures your incurable cancer, please, share your story along with documented evidence from your doctors.

To date, nobody has provided any documented evidence of a cancer cure that was based on cannabis oil alone and I WANT you to be the first.

I doubt there’s a single doctor on this planet who doesn’t want a cancer cure. They all want a magic cure to the world’s biggest killer.

An Oncologist I read about made a very strong point. When asked if there was any truth to patients being cured by alternative therapies alone, he said that to date, none have been documented. He suggested that there’s probably a ton of immune boosting tricks that some people tried which gave them better odds of surviving cancer, particularly to off-set the side-effects of traditional therapies such as chemotherapy.

Most doctors will tell you that while there is a lot you can do to help cure cancer, it is usually in combination with chemo/radio and other traditional methods. Chemotherapy is reknowned for having nasty side-effects such as nausea, unwanted weight loss and loss of appetite – some of which cannabis oil can assist with.

A good doctor/oncologist will probably recommend that you do get cannabis oil and use it to help with the side-effects of traditional treatment, but they will tell you that there’s no such thing as a sure-bet cancer cure yet.

There’s another side to this that is even more interesting. There are those who have beaten cancer and claimed that they have done so with some/minimal traditional therapies. They have done so because they’ve taken matters into their own hands and decided to fight it.

There may not be a cancer cure yet, but there are certainly a lot of remedies that can help your body fight it. From what I know about chemotherapy, it is terrible. The nausea, the loss of appetite, the mood swings and depression – it sounds awful. Chemo is designed to attack the bad and the good cells in the hope that it destroys cancerous cells.

This leaves your body weak and in poor health. There are some who don’t survive the chemo process.

In order to fight cancer effectively, you need to understand what feeds it. Seeing that nobody knows for certain what types of cancer are caused by what, we can only guess. There’s speculation that sugar feeds cancer, bad foods feed cancer, poor lifestyle choices feed cancer, lack of exercise feeds cancer. If you starve the cancer of the very things that ‘might’ have caused it in the first place, then you could be in that percentage that beat it.

I read a blog recently about a woman who beat cancer with cannabis oil. Because I was desperate to believe this is true, I couldn’t read it fast enough. Apparently, after months of chemo and radio therapies, she started using cannabis oil and eating healthy foods, such as beetroot – which is an amazing vegetable that has been proven to help boost the immune system – and experienced a miracle, her cancer was cured.

What. The. Fuck. Don’t you think the chemo/radio, healthy eating might have had anything to do with it?

Let’s talk about the conspiracy. Large pharmaceutical companies have been working tirelessly for decades to produce cancer cures and cancer fighting drugs. There are many who believe that a cancer cure has already been found and that Big Pharma did the math and realised that a simple cure would destroy their business overnight. Cancer is a billion dollar industry. They make billions of dollars every year on cancer alone.

Knowing this makes it believable that should a cure have been found, it would make it very unattractive for them to release it. If a cancer cure was found by a large pharmaceutical company, it would take a kind-hearted, dying old man to reveal it.

Again, if a cancer cure had actually been found, of the billions that are involved in the pharmaceutical industry, don’t you think there’d be some with proof of such a conspiracy?

Cannabis oil may very well prove to have some beneficial properties to assist but do you really want to risk those first few crucial weeks of being a guinea pig based on an internet conspiracy? Sure, take it. It can’t hurt and the cancer sufferer might have some peace while going through the traditional therapy. But making that the only medicine is life-threatening. It might even be fatal. You have one shot with the initial stages of cancer, so be careful with what therapies you choose.

When the cure comes out, I’m sure the first company to have it will be very loud and clear about it and there’ll be many celebrations.

I’m going to end with a thought I’ve had while researching cannabis oil and other cancer cures.

There are 7.4 billion people on the planet right now. I remember many years back when scientists said that if we ever reached 5 billion, we’d be in trouble because our planet couldn’t cope with that number of people. But we did, we surpassed it and here we are.

Cancer kills over 7 million people each year, if we had a cancer cure, where would all those people who didn’t die go? We’re already reaching crisis point and over-population is a very big issue, hence, many companies are talking about terra-forming Mars.

If there was a motivation to keep any potential cancer cure a secret, it might not be Big Pharma that’s hiding it.