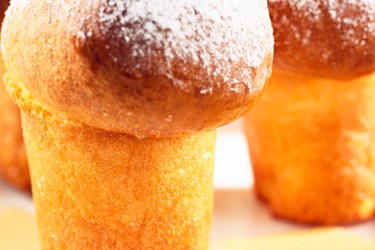 The minute you arrive at home – after a trip away, the holiday blues set in. I’ve just returned from a two week trip to Italy, where I caught up with family and friends in Rome, Caserta and Naples. I’m still smiling and laughing at the jokes that were told, licking my lips at the delicious foods; Rum Baba, copious but oh-so-generous portions of alcohol and missing all the people I’ve spent time with. Nothing gives you holiday blues more than returning from a trip that sates all your senses.

On the tube through London on my return journey, I chose Adele as my soundtrack, which made my return so much nicer. I watched people as I listened to an artist I’ve been fascinated with since the album 19 first launched and I thought about all of us, in this maybe-not-so-large world, all going about our own business. As I was carried along by a large crowd rushing for the Piccadilly Line, I saw a young girl crying at the top of the escalators. I instinctively moved away from the throng and moved towards her, pulled my headphones out and asked her what was wrong and if I could help. I’m more than aware that Londoners do not talk to strangers, but I was hell surprised at this girl’s reaction. You’d think she might have been a 10 year old and I was an old man offering her candy and a ride in my dark-tinted van (note, I don’t have a vehicle, let alone a dark-tinted van and I’m not an old man…yet) still, she moved away from me at a frightening speed and raced off with the most disgusted look on her face.

With Adele back in my ears, I journeyed on with my backpack and my thoughts, wondering what the fuck was wrong with this world that doesn’t allow a stranger to offer help.

While I’ve been in Italy, 2 large terrorist attacks happened in the center of London and I wondered if she’d been directly affected. It struck me as sad that I was the only person who seemed to care. Not that Londoners are cold-hearted, I just think we are too afraid to approach or be approached by strangers we don’t know. Sad.

I guess if I’d been a stranger on Twitter offering assistance, that might have gone down much better.

While my washing machine destroys all evidence of my gluttony and sins and the last of my holiday, I still have my tan. Though given it’s cold and rainy in London, it’s a matter of hours before that falls off so I’ll have to settle for the memories and the photots.

Oh…photos, that’s right. I didn’t take any because I was too busy having fun. Maybe next time.

Right, back to the book I’m writing, which is a historical fiction novel about our ancestry being aliens and how we left Mars in a hurry after a devastating storm. Where DO I come up with this shit? I’ll never know but I do love writing and now that I’ve finished Lucy and Hide and Cheat, I’ve had time to start working on very different projects.