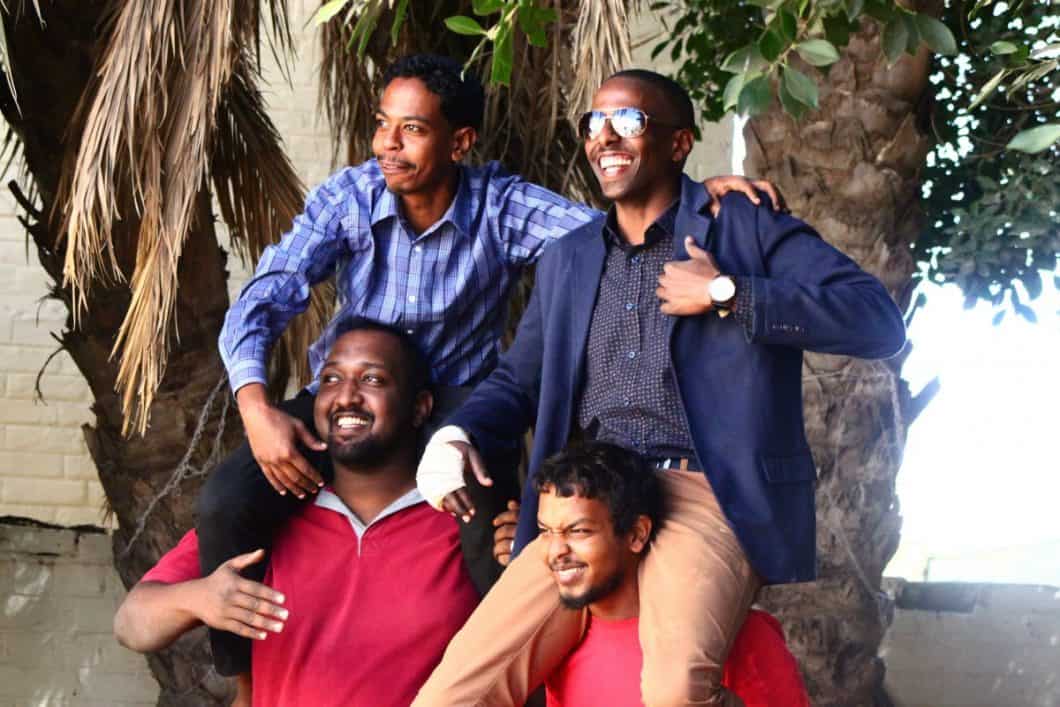 He’s hot, right? You really like him and you think he likes you in the same way. I mean, after all, he’s obviously showing you all the signs you want to see and are happy to see. It confirms your suspicion that he’s as into you as you are into him. But can bromance be mistaken for romance?

Unfortunately, I’m going to give you some potentially bad news. Sit down, grab a glass of wine, perhaps even a spliff, and let me help you determine whether or not this is a romance or whether it’s just a bromance.

I talk about bromance a lot and the difference between a romance and a bromance is that a bromance is ‘usually’ platonic. That means there’s no sexual desire, it’s just a friendship with a ‘bro’, hence the term which clarifies, a brother type romance is a bromance. Get it? Good.

Some advanced, open-minded and highly intelligent, ‘straight’ guys have this remarkable ability to look at you in a way that makes you feel that there’s a connection that goes way beyond friendship. If like many modern men who identify as gay, you have found yourself one or more straight men who fit the description, you could easily fall into the trap of thinking it’s a romance, when it might just be a bromance.

In this context, the differences are so subtle. For example, straight guys can sometimes enjoy having a gay guy admire them and can flirt in a way to encourage this behaviour. This is their way of extending (or milking) the attention and for fishing for more. I know a straight guy who makes my gay friend squirm when sits on his couch in his underpants. They’ve even been questionably close physically, after drinks. Unfortunately for my friend, when he thought all the signals were glaringly obvious and he went to grab his friend’s bulge, his friend freaked and jumped in absolute shock. That friendship, which they’ve had for years, is taking a long time to nurture back to health. Unfortunately for my friend, I don’t think it will ever be the same.

The likelihood that a straight guy is going to want to be with you is slim. I say this because, well… he’s a straight guy, and so he’s long-term going to be into women. There may even be that one time in which he strokes you, kisses you, lightly touches your arm for 1 second too long or gives you an electric-shock eye contact that you just had to wank over, but that doesn’t mean he’s suddenly turning gay. From what I know, everyone has the right to experiment and that might simply be the case that your straight friend is comfortable enough around you to want to experiment a little.

The problem? He doesn’t know how much or how far he’ll go. The big trap that everyone seems to fall into is to think that they’ll go with it and maybe even encourage it a little to see how far it will go. He may only want to stroke your arm and when you lean in for that big, mouth-watering tongue-wrestling, he’ll back off.

The likelihood that your straight friend is going to go all the way or even halfway is slim. You need to step outside of your current circumstances, and well… stop being you for just a few minutes while you consider the situation from an outsider’s point of view.

Also, on that slim chance that it does happen, and I’m not saying it always goes this way, but that it is something to consider, you’ll need to prepare yourself for having lost that straight friend.

From what I know, when a straight guy experiments, they can often feel shame and disgust. Not at you, but at something they feel isn’t the norm.

Things are changing though, quite rapidly. We’re living in a world that’s far more accepting and the whole ‘gays are a disgusting minority’ attitude seems to be disappearing. Especially if you’re in a large city.

My advice? Don’t push your bromance into a romance. Concentrate on the friendship because you like each other’s personality, not what it might potentially become. If he wants to explore something, let him tell you what. And… you need to make him promise not to freak out afterwards.

Thanks for reading. Please let a comment if you’re going through some heart-ache and want to talk about it. A good ear is always needed and I’m a firm believer in paying it forward. The reason I wrote, Can Bromance be Mistaken for Romance? is because I’m seeing so much more of the fine lines between the two.

One last thing…unlike gay guys, straight guys have been looking forward to getting married since they were young. If they’re not going to do that, it’s going to take them a really long time to adjust to that paradigm shift. And they’re going to want to play the field.

Please note that these are generalizations that are based on past history. They may not reflect current trends which are shifting slowly.

Also, ladies…I have no idea if bromances also represent women. My apologies for not including you but I just don’t know enough about female bromances.

Can Bromance be Mistaken for Romance? Possibly, but if it does, be very careful.