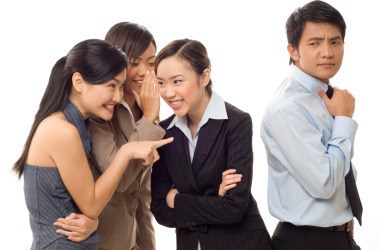 How to Broach a Difficult Subject

Are You Being a Friend or a Foe?

It’s incredibly difficult isn’t it? Telling someone something that they probably don’t want to hear. But if you don’t tell them, who will? There’s never a right way on how to broach a difficult subject with someone you care about. Whether that’s a friend, a partner or a family member or even a work colleague, there’s no right way to say, hey, you’re being a bit of a dick.

How to Broach a Difficult Subject

Josh was a nice guy, well-liked and a great, fun guy to work with. If you wanted to get smashed on a Friday night after work, he was always keen. Fancy a game of soccer during a lunch break? Josh would be keen, even if he had a dentist’s appointment scheduled, he’d cancel that so he could do something more fun. Problem was, Josh had the worst breath. I’m not sure what it was, but it was fetid. In a small office, when he leaned over to show you how to do something better on your PC, that breath was all over you. It was bad. Unfortunately, it was also on the office gossip circuit. The reception girls once asked me “Hey Fox, so you sit next to Josh. Doesn’t his, um… breath bother you?” They giggled. I was offended. What do you do?

Six months it took me, before I finally decided someone had to. If there was an underlying medical condition, then perhaps he could start getting fresh breath mints. Josh was someone I cared about and not just a work colleague, we had become friends.

One rainy Friday night – Ok, it wasn’t raining, I’m just adding for effect – Josh, a couple of others and I decided to hit the local watering hole to bitch about the accounting bitch we all loved to hate. We’d never tell her of course, she controlled the purse strings, which meant our pay. After about three pints of decent beer, the others left and Josh and I were left talking about all sorts of random shit. At a moment when Josh was talking about his ex-girlfriend, my mind began to wonder how to broach a difficult subject. The scene was set, the beers had well and truly kicked in, I just had to find a way to do it.

“Mate, do you have halitosis?” his face froze and he stiffened. Oh oh. Let me back pedal as best I can. “A couple of times, I’ve noticed your breath…you know, isn’t great. I didn’t want to offend you, but thought I’d mention it.”

Wow, did you know you could hear a pin drop in a crowded bar on a Friday night?

“No, I didn’t, but thanks for pointing it out,” he said. So I tried my best to work around this as diplomatically as I knew how but it seemed to make the hole I’d dug, much worse. We finished that beer, after an immediate subject change, then left.

He wasn’t exactly awkward with me after that night, but we were definitely strictly work colleagues. I’d managed to detonate a good friendship, however, the office staff were all very happy to notice that his breath was a lot fresher from then on.

Should You Be the Messenger?

You need to make a decision at some point, if you’re in a similar situation with someone that’s important to you. If you say something, you will more than likely change their lives for the better. At a cost to you.

Since Josh, I’ve had several incidents in which I’ve had to be the messenger and work out how to broach a difficult subject with a particular person. Let me tell you from my experience, it never gets any easier and in fact, I’ve discovered that there is no right way to approach the topic. You just need to prepare yourself for the reality that you may detonate that relationship beyond repair.

It’s less about how to broach a difficult subject and more about how much you want to change that person’s life. Do you care about that person enough that you want to alert them to something that is being taken the wrong way by others? Even if it means that person distancing themselves from you because, you know, the messenger always gets shot. If you’re happy to put the problem and the result on a scale and decide that person means more to you and you’d rather not risk losing them, then don’t. There’s a high chance that you’ll lose that person. Maybe not completely, but things won’t be the same again.

I spent weeks Googling ‘how to broach a difficult subject’ with another friend who over time, had become so rude and fake with people, that everyone who met her commented on it. Having gotten to the point where I couldn’t stand it anymore, I decided I had to say something. Choosing to be the messenger is the toughest task and no matter how you go about it, being diplomatic is very difficult. There is no right way to deliver bad news to someone. You can skirt around the topic, get shot down in the first sentence and have accomplished nothing. You can just come right out and say it, then after the shock is over, try your best to explain it in more detail, from your perspective, in the hopes that person gets it.

Or, you can just get that person ridiculously drunk, then say it and hope the next day they wonder whether it was a dream or not. When they ask you, give them a weird look but then say, “wow now that you mention it… you are that way sometimes…”

Or say nothing. It’s your choice. The problem is, so many others refuse to be the messenger and say it that it may never get said and that person could be the most awesome person ever, but some very easy to eliminate aspects need to go first.

How would you react?

Most of us must surely self-analyze sometimes and wonder if there are personality traits that bother others. If someone were to come to you, how would you react?

I’ve personally had someone tell me that I was too loud when I got excited and that it bothered people. The person who told me this, wasn’t diplomatic about it. In fact, I got the distinct impression they were gleefully telling me something they didn’t like about me. I could have reacted in many ways, but I chose one that I had thought about for a few days. I realized that for that person to have come to me and said something, they must have agonized over it for some time. For weeks – perhaps even months – I listened to myself and I even asked others, if I was too loud sometimes. I asked for honesty, and i was very surprised when I asked people to be honest with me, that they said yeah, I was sometimes.

It’s been many years since that incident and I think I’m often too quiet these days because I’m always afraid that I’m going to be too loud and annoy others.

I’d love to know if others have been in this situation and what you did and how it worked out in the end.