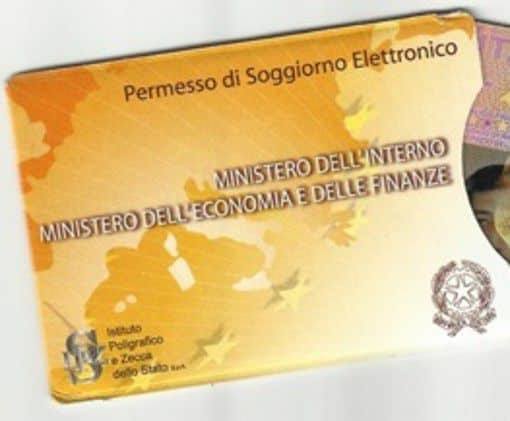 Don’t let anyone tell you differently. The process for acquiring your Australian Permesso di Soggiorno is a treacherous and unimaginably frustrating task. But it is worth it in the end. If you make it.

In this article I’m only going to summarise my own experiences from an Australian passport holder’s perspective. I’m sure this applies to Americans, Canadians and other countries who would also take the Permesso di Soggiorno route in order to stay in Italy for more than 3 months.

My situation is fairly straight forward, as a member of the ‘Lost Generation’, which is a term that refers to Italians who fled, sorry-left Italy, back in the black and white days, I have a right to reclaim my Italian Citizenship because I was born in Italy and forcibly removed before I was old enough to protest. However, in order to do so, I must live in Italy for 12 months and I cannot work, etc. etc. etc. This information is available elsewhere and in more detail and is very much accurate and up to date. Here’s a great site with a simplified process.

My first step when I was in London, was to return to Australia solely for the purpose of getting my Stay Permit. Because I was only on a holiday visa in England, I could not apply there. You can apply from any country in which you have status and holiday visa doesn’t count as a status. So, in early December 2015, after several hundred emails back and forth with the Italian Consulate in Perth in which I clarified that I was returning for this Stay Permit only, I departed.

Immediately, I went to my bank and printed out a statement showing that I had sufficient funds to support myself in Italy for a period of 12 months. I also had to fill out the Australian Permesso di Soggiorno documentation and pay my fee in Euros. I’d also already acquired an apartment lease for 12 months and had the documentation to prove it.This part of the process was quick. I received my Stay Permit within about a week and with no problems. I was told that because of my birth right, I would automatically become an Italian Citizen after 12 months of residing in Italy, which is true. However, there was a process I could follow that would make it much quicker. I will talk about this shortly.

A few weeks later, after a great Christmas in England, I finally moved to Florence.

As soon as I arrived at the airport and showed my Stay Permit, I was stamped and shooed away. I had already been warned that I must present myself to the Questura, which is the State Police in Italy, within 8 days.

Day 1 turns out to be a public holiday-La Befana, so I joined in the festivities. A bit like a kid who starts laughing along to a joke he doesn’t understand. I had no idea why everyone was dancing and drinking and laughing, I just figured I would.

Day 2, I arrive at the Questura as per the directions on the Italian Govt website and am surprised to see nobody in the queue. I’d read online the queue would be massive. It wasn’t and that’s because I was in the wrong place. The security guard at the official listed Questura informed me that I needed to go to Via della Fortezza 17, Firenze. At 9.05am I arrived to find a large group out the front, but no queue. I tried to enter and was quickly told by the guard that it was too late to make an appointment, I would need to return between 7 and 9am but I could not go the following day, no reason given as to why.

The following Monday, I woke up at 4:40am and quickly walked to the Questura. At 5am there were already 4 people ahead of me in the queue. By 7am, the queue went all the way down the street and around the corner. The office didn’t actually open until 7::30am. Finally, we were let inside and I went straight to the counter, somehow realising I was tenth in the queue-yes, people love queue jumping.  Alas, I’m quickly informed that I do not have an appointment. This must be made by the post office. “Are you fucking kidding me?” I asked.

A little steamed, a little bit starting to think this process was going to be even more complex than I realised, I went straight to the post office and took a ticket for ‘Amici’, which a lovely woman informed me was correct for an Australian Permesso di Soggiorno. Once my number was called, about ten minutes later, the friendly clerk told me that I needed to get a ‘kit’ first. They didn’t have any and that I could go to another post office. I did and queued again and finally got one. I asked what next, they told me that I should go to MCL in Piazza Salvemini 21 and get free help. I did.

The woman in MCL looked like she’d been doing her job for several hundred years and didn’t really feel the need to smile. I guess that is justified, I’m yet another Australian Permesso di Soggiorno applicant after all. She said that I needed an appointment. She made one for a week into the future. I stopped her and pointed out that 6 days had already passed and that I needed to have registered with the Questura within 8 days. She sighed and looked again and magically found an appointment for the next day.

Day 7 – I arrived at 3:30pm and saw a very large number of people crowding the tiny office waiting for her. I hoped they all didn’t have a 3:30pm appointment. They didn’t, I got in there at 3:45pm and she started going through my paperwork. Be firm and don’t let anyone jump in front of you at this point or you will lose your appointment with the MCL. “Wait, you must have sufficient funds to support yourself in an Italian bank account.” And sat back, as though the conversation was over.

“No, I cannot open a bank account without an ID card, and I cannot get an ID card without this Permesso di Soggiorno.” She called someone, had a fast conversation I couldn’t understand and hung up. She then asked me to come back in 20 minutes while she quickly processed the people waiting for her.

I returned 20 minutes later and suddenly her attitude had changed. No, i did not in fact need a bank account from Italy and that my statement stamped by my bank in Australia, was enough. “But wait… where is your Marko di Bollo?” I stared at her, no, I glared at her.

“They are 16 euros from any Tabacchi store.” I raced off and bought one in a shop down the street and returned. She put my application together for me within minutes. Checked my passport, my documentation and then pushed it towards me, apparently I was dismissed. Be warned, if you go to this office for assistance, that she speaks no English. Get learning Italian, everything in Italy will go better for you if you know some Italian.

I walked over to the post office and took a number and waited about 10 minutes until I was called.

The lovely guy behind the counter started processing my paperwork with a bit of a smile and commented, “Ah, another Australian Permesso di Soggiorno.” As though Australians were the only ones doing it. He then added, “Where is this form?” and showed me a form I had never seen before. I was about to go ape-shit just as he turned around and pulled one out. “You can fill this one in and I will help you. But they cost 60 euros.” I gulped and filled it out. He put some information together, I signed a whole bunch of documents together and within minutes, I had been given a date on when to turn up for my Australian Permesso di Soggiorno date, about 6 weeks into the future.

From what I understand going forward, after my appointment at the Questura, I will be given a document which allows me to go to the Finance department. They will then give me a number, this number is your ID card, your tax file number and everything you need in Italy to prove identity. I’m also of the understanding that once I have my ID card, I can apply for that much-coveted Italian Passport which will allow me to stay in Europe indefinitely.

I will update further once I’ve had my Questura appointment for my Australian Permesso di Soggiorno.

*Please note that I refer to Australian Permesso di Soggiorno throughout this article. This is for SEO purposes only so please do not take it to heart if you’re from somewhere else, I’m sure the process will be similar.

For further information, please go to Esteri.it which is the Italian consulate information for foreigners here.