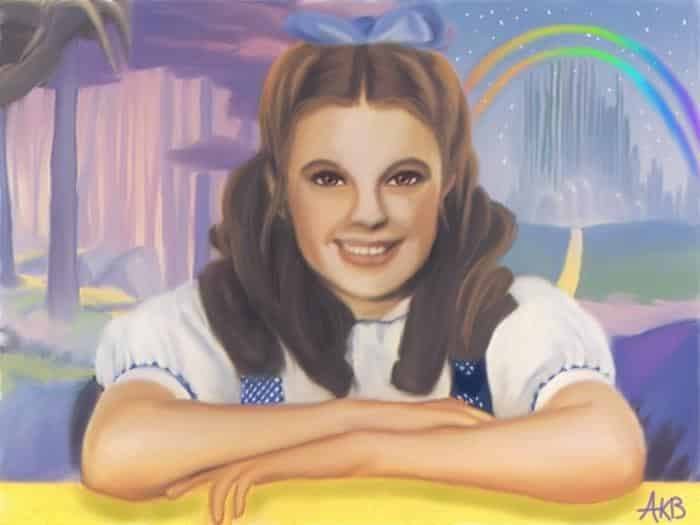 An  Ode To Dorothy

Multitudes know the feeling of a knife piercing their back. At one time or another it’s happened to the best of us-and those we’ve been pleased to see it happen to.
I met Stephen several years ago at a party for my friend Dorothy. He had all the qualities that I liked in a man, masculine, intelligent, capricious and occasionally witty.

We dated for a while, fell in love and moved in together. We shared our personal space and I remember racing home from work every day wanting to spend time with him. The occasional argument had me reaching for the prozac or the razor blades.
Three years, four months, six days, eight minutes and thirty three seconds later, Stephen decided to move onto younger pastures. 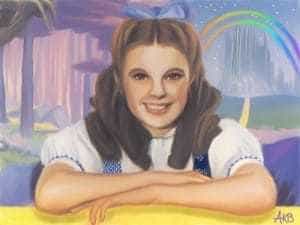 It took me a good year to pick myself up off the floor, but I did. A few nights on pills at non reputable venues, many drunken nights telling my friend Dorothy that she was my best friend and I loved her so much, and a good two years later, I was able to become friends with Stephen.
Then I met Shannon.

I was at a BBQ for my close friend Dorothy. She’d met her new neighbour Shannon, who had just moved into her building. Dorothy had only invited her new neighbour because of his looks – Though she’ll argue that she was just being neighbourly, I’m betting it wasn’t a cup of sugar she wanted from him.

So being a little intoxicated and full of uncharacteristic brawn, I went in for the kill.

We dated for a while, fell in love and moved in together. Shannon and I had a lot in common, both being engineers, both animal rights campaigners, both environmental activists and both enjoyed a good beer or several.

He also fit my mould for the perfect man.

Five years, two months, six days, eleven hours and fifty six minutes later, our happily blessed union was over.
No, no-one else was involved. I think we both royally fucked things up pretty well between us.

Another year popping prozac, pills and anything else that enabled me to cope with my depressing new found single status, and I soon began dating again.
Shannon and I became friends again, after a time. We socially interacted with like minded wounded souls. No, the drugs were a thing of the past and I discovered yoga and meditation. Shannon discovered younger men.

One night, while wallowing in my own self induced pity, over copious wines, 80’s records, torn photographs-sticky taped back together and my own agonising company, I received a phone call from my dear friend Stephen.
It turns out that Stephen had been dating Shannon for a few months, things had gotten a little serious and they were about to move in together.
Stephen wanted to know that I was going to be ok with this.

I calmly told Stephen that I was absolutely fine, why should I be jealous? I was really happy for the two of them, I was already looking forward to dinners at their house.
I hung up and added one more item to my evening of self chastisement, an open window.

I rushed to this window and looked out at the freezing world outside and decided that this was definitely a good time to make the jump.
No leap of faith encouraging me to accept these new circumstances, I wanted a leap to end it all.
The only reason I didn’t jump was because my dear neighbour downstairs (Mrs Latham) was old and fragile and struggled to cope with me in my normal state, let alone splattered across her balcony like seagull bait.

Evaluating my options, I realised I had three.

Rummage the medicine cabinet and start mixing my cocktail.

No, I was stronger, older and supposedly wiser.
My second option seemed a little more realistic.
Turn up to their new abode with a sensationally wrapped gift. Then run the necessary 100 meters before pressing the detonate button.

No, no matter how much I hated those blood sucking, filth ridden, callous vultures, I couldn’t take another life.
Only one option was left. Phone a friend.
So I phoned the same friend who’d introduced me to Stephen. The same friend who’d counseled me over my break up with Stephen. She who introduced me to Shannon, then counselled me when we broke up.

Dorothy had been there for me for so many years, I struggle to imagine where my life would have been without her.
So with this in mind, I phoned my dear, loyal friend Dorothy and volleyed an array of abuse so severe, so castrating, that years from now they’ll release her from a mental institution looking like something from Day of the Dead.
So my story comes to a close. What’s my point I hear you say?
Well, interestingly my friend Dorothy called me the next day to forgive me for my abuse and to offer her shoulder to cry on. She reminded me just how many times she’d been there for me and how many times I’d been there for her. We were lifelong friends.

Throughout my years, including the downs along with the ups, Dorothy, my dear loyal best friend, was still my very own to keep. And the countless other friends I’d made along the way would also be by my side.

I now live a healthy, active, social lifestyle that deters men like the sign of the cross does to a vampire.
Am I a bitter old queen? Probably. But I’ll tell you this from my throne.

Now and again, when those pitiful evenings full of wine and broken memories come along to haunt me, I now include Dorothy in my arsenal. Together we tear photographs in half, sticky tape them together the next day, go to yoga to relieve our hangovers and hold hands as we walk the sunset strip together. Laughing about those dire moments and looking forward to having them all over again.

Thanks to all the Dorothy’s out there for their undying loyalty, and inhuman strength, when it comes to dealing with the broken heart of the modern gay man.