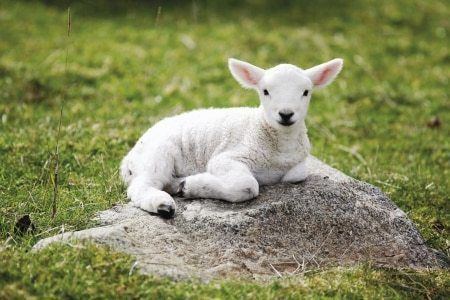 An Author and a Lamb

Lamb Farm, a humorous character who runs a farm alongside his Herder and writes a blog, is still going strong. www.lambsblog.com.

Written by myself-Fox Emerson; under the pseudonym belfusion, it was created in a drug fueled haze while recovering from a motorbike accident. I wrote some pretty messed up stuff around that time.

How the Lamb was born.

An Author and a Lamb is my summary on what inspired me to create a Lamb character and create a world that he could control. Lamb has a fantastic relationship with his Herder, who he feels is the most important person in his world. Similarly, from Lamb’s perspective, you can see that Herder holds Lamb in the highest regards, above all the other animals.

As Lamb, I catered to young people mostly. I wanted to entertain people with my writing and at that time, with the amount of medication I was on, Lamb seemed to be the best avenue to work out my issues. Being stuck in bed, with only a laptop for many months, I had little else to do.

The freedom that comes from creating an alternate character is awesome! I can unleash my anger, frustration, love, creative bursts and any other emotion I wouldn’t otherwise have an outlet for.

Lamb is a little bit eccentric.

He is a little eccentric. He has an overblown ego, created by his own beliefs. He thinks that he is the most important animal on the farm and you can see where he gets that from. From the rescue, or the ‘Great Escape’, which Lamb often refers to, his love for Herder is undying. Herder treats him a little better because of where he came from and Lamb interprets this as being of the highest importance. He comes from a broken farm and so he suddenly finds himself at the top of the pecking order in his new farm and he fills that role well.

Lamb is a very helpful animal.

Indeed. He spends his entire days ensuring that all the animals are fed, Herder is supported and he acts the part of the guard dog, in the absence of any real dog. His relationship with Eric the pig, Sally the duck as well as the horses, cows and chickens is that of an older sibling. He nurtures the other animals and in turn, they see him as Herder’s right hand Lamb.

Writing as a Lamb is a little… um, crazy?

Yep, I’m a little nuts for writing as a Lamb. There’s an expression that I use often, when my own friends laugh at my Lamb blog. ‘Don’t judge a man until you’ve been standing in his shoes’. Seriously, don’t. Unless you’ve been in a motorbike accident, had to spend countless months in bed with only a laptop for company, don’t judge. Lamb was my release and he’s a character I’ve become very fond of. In fact, I’ve written many stories for many magazines; both online and in print, I’ve written plenty of times throughout my life and I’ve created countless characters. Without a doubt, Lamb is the most important to me and my favourite to write as.

What’s the point of this article?

An Author and a Lamb is yet another rambling. Because sometimes I like to write and sometimes I like to answer questions in blog form. In this instance, because I’ve been asked many times over the last couple of years as to why I have created a Lamb persona, I wanted to address it once and for all in this blog.

Lamb is fun. He’s friendly, he’s humorous and he’s definitely a strong character. Judging by the amount of fan mail he gets from young people all over the world, I’d say he’s here to stay.