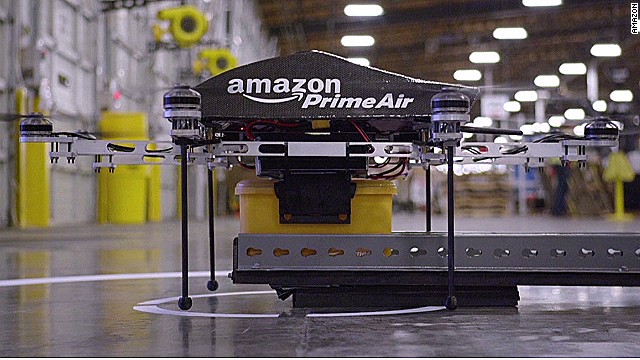 An Amazon Drone is Gonna Start Dropping From the Sky!

If I told you that an Amazon drone is about to deliver directly to your apartment in London within an hour of you clicking send, you’d think I was taking the proverbial piss. But it’s not something that far into the future either, it’s going to happen much sooner than you realise.

There are several important things that are going to need to be addressed first. And no…the technology to do it isn’t what’s holding things up.

This is all about to become a reality, in 2018. For those who do not live in apartments, you’ll have the option of Amazon landing pads which will enable a similar type of handshake secure technology for the device to be delivered.

We’re reaching that technological level of advancement that will outdo itself every year and pretty soon, we’re going to be seeing humans flying around in these drones who have done a weekend course and ‘Drone Certification’. But for now, let’s embrace our civilization’s next steps or be prepared to bury your head in the sand and tune out. Just because you’re not comfortable with having drones flying above your head at all hours doesn’t mean it shouldn’t happen.

For an interesting perspective on civilizations around the Universe, take a look at Circle in the Sand, Out Now.